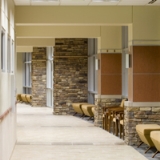 Encyclopedia
Mat-Su Regional Medical Center is a 74-bed general hospital
Hospital
A hospital is a health care institution providing patient treatment by specialized staff and equipment. Hospitals often, but not always, provide for inpatient care or longer-term patient stays....
in the U.S. state
U.S. state
A U.S. state is any one of the 50 federated states of the United States of America that share sovereignty with the federal government. Because of this shared sovereignty, an American is a citizen both of the federal entity and of his or her state of domicile. Four states use the official title of...
of Alaska
Alaska
Alaska is the largest state in the United States by area. It is situated in the northwest extremity of the North American continent, with Canada to the east, the Arctic Ocean to the north, and the Pacific Ocean to the west and south, with Russia further west across the Bering Strait...
owned by Community Health Systems
Community Health Systems
Community Health Systems Inc. is a Fortune 500 company based in Franklin, Tennessee. It is the largest non-urban provider of general hospital healthcare services in the United States in terms of number of acute care facilities. As of May 2009, it operates 120 hospitals in 28 states. After...
(CHS). Located between Palmer
Palmer, Alaska
Palmer is the borough seat of the Matanuska-Susitna Borough in the state of Alaska, USA. It is part of the Anchorage Metropolitan Statistical Area. As of the 2010 census, the population of the city is 5,937....
and Wasilla
Wasilla, Alaska
Wasilla is a city in Matanuska-Susitna Borough, United States and the sixth-largest city in Alaska. It is located on the northern point of Cook Inlet in the Matanuska-Susitna Valley of the southcentral part of the state. The city's population was 7,831 at the 2010 census...
, it is the principal hospital for the Matanuska-Susitna Valley
Matanuska-Susitna Valley
Matanuska-Susitna Valley is an area in Southcentral Alaska south of the Alaska Range about 35 miles north of Anchorage, Alaska....
. Built at a cost of $87,700,000 to replace the aging Valley Hospital, the hospital began construction in spring 2004 and opened on January 27, 2006.

The three-story, 197690 square feet (18,366 m²) facility contains fifty medical/surgical beds and eight each of intensive care
Intensive care medicine
Intensive-care medicine or critical-care medicine is a branch of medicine concerned with the diagnosis and management of life threatening conditions requiring sophisticated organ support and invasive monitoring.- Overview :...
, progressive care, and obstetric beds, all in private rooms. There are four operating rooms, plus a fifth designated for Caesarean section
Caesarean section
A Caesarean section, is a surgical procedure in which one or more incisions are made through a mother's abdomen and uterus to deliver one or more babies, or, rarely, to remove a dead fetus...
s. The unfinished third floor provides room for a sixth operating room and 52 more general beds.

In 2008, Alaskan governor, and future Vice Presidential candidate Sarah Palin
Sarah Palin
Sarah Louise Palin is an American politician, commentator and author. As the Republican Party nominee for Vice President in the 2008 presidential election, she was the first Alaskan on the national ticket of a major party and first Republican woman nominated for the vice-presidency.She was...
gave birth at Mat-Su Regional.
The source of this article is wikipedia, the free encyclopedia.  The text of this article is licensed under the GFDL.