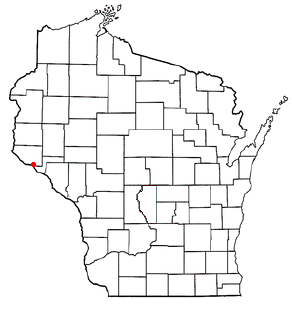 There were 220 households out of which 29.5% had children under the age of 18 living with them, 69.5% were married couples
Marriage
Marriage is a social union or legal contract between people that creates kinship. It is an institution in which interpersonal relationships, usually intimate and sexual, are acknowledged in a variety of ways, depending on the culture or subculture in which it is found...
living together, 3.2% had a female householder with no husband present, and 24.1% were non-families. 18.2% of all households were made up of individuals and 6.4% had someone living alone who was 65 years of age or older. The average household size was 2.68 and the average family size was 3.10.

The median income for a household in the town was $45,278, and the median income for a family was $50,875. Males had a median income of $30,833 versus $25,341 for females. The per capita income
Per capita income
Per capita income or income per person is a measure of mean income within an economic aggregate, such as a country or city. It is calculated by taking a measure of all sources of income in the aggregate and dividing it by the total population...
for the town was $19,553. About 6.8% of families and 11.3% of the population were below the poverty line, including 18.9% of those under age 18 and 7.7% of those age 65 or over.
The source of this article is wikipedia, the free encyclopedia.  The text of this article is licensed under the GFDL.