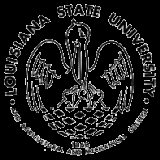 Overview
Louisiana State University and Agricultural and Mechanical College, most often referred to as Louisiana State University, or LSU, is a public
State university
In the United States, a state college or state university is one of the public colleges or universities funded by or associated with the state government. In some cases, these institutions of higher learning are part of a state university system, while in other cases they are not. Several U.S....
coeducation
Coeducation
Mixed-sex education, also known as coeducation or co-education, is the integrated education of male and female persons in the same institution. It is the opposite of single-sex education...
al university
University
A university is an institution of higher education and research, which grants academic degrees in a variety of subjects. A university is an organisation that provides both undergraduate education and postgraduate education...
located in Baton Rouge
Baton Rouge, Louisiana
Baton Rouge is the capital of the U.S. state of Louisiana. It is located in East Baton Rouge Parish and is the second-largest city in the state.Baton Rouge is a major industrial, petrochemical, medical, and research center of the American South...
, Louisiana
Louisiana
Louisiana is a state located in the southern region of the United States of America. Its capital is Baton Rouge and largest city is New Orleans. Louisiana is the only state in the U.S. with political subdivisions termed parishes, which are local governments equivalent to counties...
. The University was founded in 1853 in what is now known as Pineville, Louisiana
Pineville, Louisiana
Pineville is a city in Rapides Parish, Louisiana, United States. It is adjacent to the city of Alexandria, and is part of that city's Metropolitan Statistical Area. The population was 13,829 at the 2000 census....
, under the name Louisiana State Seminary of Learning & Military Academy
Louisiana State Seminary of Learning & Military Academy
Louisiana State Seminary of Learning & Military Academy was the former name of the current university now known as Louisiana State University ....
. The current LSU main campus was dedicated in 1926, and consists of more than 250 buildings constructed in the style of Italian Renaissance
Renaissance
The Renaissance was a cultural movement that spanned roughly the 14th to the 17th century, beginning in Italy in the Late Middle Ages and later spreading to the rest of Europe. The term is also used more loosely to refer to the historical era, but since the changes of the Renaissance were not...
architect Andrea Palladio
Andrea Palladio
Andrea Palladio was an architect active in the Republic of Venice. Palladio, influenced by Roman and Greek architecture, primarily by Vitruvius, is widely considered the most influential individual in the history of Western architecture...
, and occupies a 650-acre (2.6 km²) plateau on the banks of the Mississippi River
Mississippi River
The Mississippi River is the largest river system in North America. Flowing entirely in the United States, this river rises in western Minnesota and meanders slowly southwards for to the Mississippi River Delta at the Gulf of Mexico. With its many tributaries, the Mississippi's watershed drains...
.

My son in law has a Dental Degree from Caro, Egypt and has recently moved with family in Houma, Louisiana. What does he have to do to be able to begin...

Hello I am a student .I am interested in ms (food science).Is there any way I can get in touch with students in the program
More
x