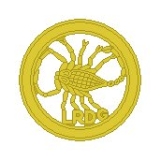 Overview
The Long Range Desert Group (LRDG) was a reconnaissance and raiding unit of the British Army during the Second World War. The commander of the German Afrika Corps
Afrika Korps
The German Africa Corps , or the Afrika Korps as it was popularly called, was the German expeditionary force in Libya and Tunisia during the North African Campaign of World War II...
, Field Marshal
Field Marshal
Field Marshal is a military rank. Traditionally, it is the highest military rank in an army.-Etymology:The origin of the rank of field marshal dates to the early Middle Ages, originally meaning the keeper of the king's horses , from the time of the early Frankish kings.-Usage and hierarchical...
Erwin Rommel
Erwin Rommel
Erwin Johannes Eugen Rommel , popularly known as the Desert Fox , was a German Field Marshal of World War II. He won the respect of both his own troops and the enemies he fought....
, admitted that the LRDG "caused us more damage than any other British unit of equal strength".

Originally called the Long Range Patrol (LRP), the unit was founded in Egypt
Egypt
Egypt , officially the Arab Republic of Egypt, Arabic: , is a country mainly in North Africa, with the Sinai Peninsula forming a land bridge in Southwest Asia. Egypt is thus a transcontinental country, and a major power in Africa, the Mediterranean Basin, the Middle East and the Muslim world...
in June 1940 by Major
Major
Major is a rank of commissioned officer, with corresponding ranks existing in almost every military in the world.When used unhyphenated, in conjunction with no other indicator of rank, the term refers to the rank just senior to that of an Army captain and just below the rank of lieutenant colonel. ...
Ralph A. Bagnold, acting under the direction of General
General
A general officer is an officer of high military rank, usually in the army, and in some nations, the air force. The term is widely used by many nations of the world, and when a country uses a different term, there is an equivalent title given....
Archibald Wavell.

Was the SAS, formed from the LRDG?
More
x