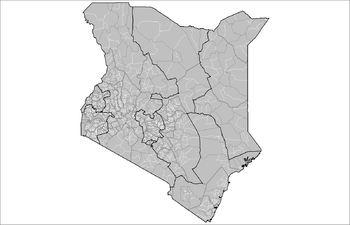 Each division in Kenya is divided into some locations. Locations do often, but not necessarily, coincide with electoral wards. Locations are usually named after their central villages/towns. Many larger towns consist of several locations.