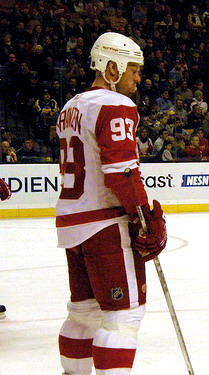 Wayne Gretzky and Mario Lemieux each attained the feat four times while five other players have also had multiple five-goal games. There have been exactly five instances of five goals being scored in a playoff game. Mario Lemieux is the only player in history to score five goals in five different ways during a game. On December 31, 1988, he scored an even-strength goal, a power-play goal, a short handed goal, a penalty shot
Penalty shot (ice hockey)
In ice hockey, a penalty shot is a type of penalty awarded when a team loses a clear scoring opportunity on a breakaway because of a foul committed by an opposing player. A player from the non-offending team is given an attempt to score a goal without opposition from any defending players except...
goal and an empty net goal
Empty net goal
An empty net goal, or colloquially an empty netter , occurs in ice hockey when a team scores a goal into a net with no goaltender present...
.

Ian Turnbull is the only defenseman to have achieved this feat. 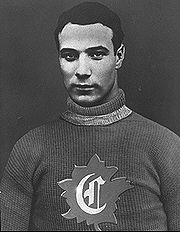 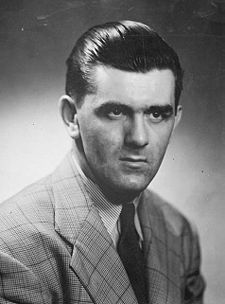 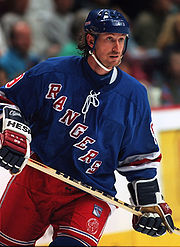 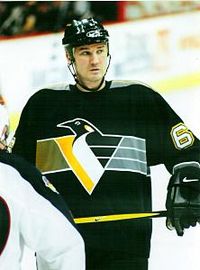 
Players who scored five or more goals in multiple games