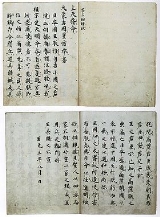 Overview
A lingua franca is a language systematically used to make communication possible between people not sharing a mother tongue, in particular when it is a third language, distinct from both mother tongues.
"Lingua franca" is a functionally defined term, independent of the linguistic history or structure of the language: though pidgin
Pidgin
A pidgin , or pidgin language, is a simplified language that develops as a means of communication between two or more groups that do not have a language in common. It is most commonly employed in situations such as trade, or where both groups speak languages different from the language of the...
s and creoles often function as lingua francas, many such languages are neither pidgins nor creoles.
Whereas a vernacular
Vernacular
A vernacular is the native language or native dialect of a specific population, as opposed to a language of wider communication that is not native to the population, such as a national language or lingua franca.- Etymology :The term is not a recent one...
language is used as a native language in a single speaker community, a lingua franca goes beyond the boundaries of its original community, and is used as a second language for communication between communities.

Why do animals behave peuliarly on eclipse days?
More
x