Encyclopedia
Library and Archives Canada (in French
French language
French is a Romance language spoken as a first language in France, the Romandy region in Switzerland, Wallonia and Brussels in Belgium, Monaco, the regions of Quebec and Acadia in Canada, and by various communities elsewhere. Second-language speakers of French are distributed throughout many parts...
: Bibliothèque et Archives Canada) is a national memory institution
Government of Canada
The Government of Canada, formally Her Majesty's Government, is the system whereby the federation of Canada is administered by a common authority; in Canadian English, the term can mean either the collective set of institutions or specifically the Queen-in-Council...
dedicated to providing the best possible account of Canadian life through acquiring, preserving and making Canada's documentary heritage accessible for use in the 21st century and beyond. In essence, LAC's work along with that of other memory institutions builds and enriches Canada's continuing memory.

Library and Archives Canada (LAC) was created on May 21, 2004, by order of the Governor in Council, which united the collections, services and personnel of the institutions National Archives of Canada and National Library of Canada.

Canada was one of the first countries in the world to combine its national library and its national archives into a single memory institution.

Library and Archives Canada (LAC) is part of the federal public administration and the Canadian Heritage portfolio. It reports to Parliament through the Minister of Canadian Heritage. One of its important roles includes serving as the continuing memory of the Government of Canada and its institutions by supporting accurate record keeping ensuring transparency and accountability. As part of its mandate, LAC works closely with other archives and libraries to acquire and preserve Canada's documentary heritage in all its forms.

The Library and Archives of Canada Act (Bill C-8) was proclaimed on April 22, 2004. This Act introduced the concept of Canada's documentary heritage, which refers to publications and records in all formats of interest to Canada.

As stated in the Preamble of the Library and Archives of Canada Act, LAC's mandate is:

The mandate as well as more information about the institution can be found on LAC's website.

Given the profound changes in the information world due to the evolution of technology and social behaviour, LAC needs to adapt its ways of working to remain relevant in Canadian society.

Modernization is a continuous process of adapting to the information environment and working collaboratively to ensure that LAC is effective and fulfills its mandate. This includes managing both digital and analogue materials that constitute Canada's continuing memory.

LAC's collaborative approach with external partners on a number of issues, including finding the most effective ways of preserving digital documents over time, and housing parts of the documentary heritage in the most relevant locations, will continue to foster an atmosphere for dialogue and a climate for discussion.


In this way, the framework will define a manageable and results-driven approach for LAC to follow in the upcoming years.

Finally, LAC is conducting a number of pathfinder pilot projects, including rethinking newspapers in a digital age, approaching long-term loans in a more collaborative way and considering challenges and opportunities for Canada's military documentary heritage.

LAC welcomes your comments and observations on its website.

More information about modernization can be found on LAC's website. 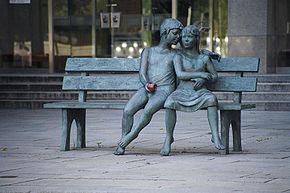 To meet the challenges of the digital world and fulfill its mandate, LAC is collaborating with libraries, archives and other memory institutions as well as key players in the public and private sectors. Since no single institution can do the work alone, LAC is building the networks necessary to acquire, preserve and make Canada's documentary heritage accessible to current and future generations.

LAC's holdings are one of Canada's most valuable assets and the main source of federal government archival records. They include more than a petabyte of digital content, 20 million books and 24 million photographs.

Canadians can access the collection by going online, by viewing virtual and travelling exhibitions or by using the reference services at 395 Wellington Street in Ottawa, Ontario. 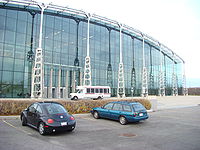 The Preservation Centre was built at a cost of $89 million, and opened on June 4, 1997. It is a unique building the size of two football fields, which contains 48 climate-controlled preservation vaults, state-of-the-art preservation laboratories, and offices.

The Preservation Centre holds many of Canada's most significant documents such as:


While buildings such as 395 Wellington Street, Ottawa, Ontario, continue to house some documents as well as provide reference services, new facilities are also being built or renovated. Please see the Current Projects of Note section below for more information.


Current Librarian and Archivist of Canada

The Librarian and Archivist of Canada is the deputy head of Library and Archives Canada.

LAC is exploring new ways to improve access to Canada's documentary heritage by reaching out to online communities such as Flickr
Flickr
Flickr is an image hosting and video hosting website, web services suite, and online community that was created by Ludicorp in 2004 and acquired by Yahoo! in 2005. In addition to being a popular website for users to share and embed personal photographs, the service is widely used by bloggers to...
, a photo-sharing community, and YouTube, a video-sharing community. See "The Shamrock and the Maple Leaf" website for more details.

RSS feeds provide links to new content on the LAC website as well as updates to existing pages. Additions such as new finding aids and new descriptions in databases are also highlighted.

The Nitrate Film Preservation Facility is being constructed to house Canada's cellulose nitrate film collection, which contains 5,575 film reels dating back to 1912, including some of the first Canadian motion pictures and photographic negatives. The material is highly sensitive and requires precise temperatures for its preservation. This facility will be an eco-designed building, featuring a "green" roof that will provide better insulation and minimize energy expenditures.