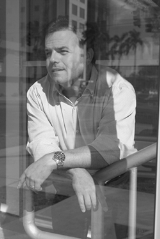 Encyclopedia
Kobi Karp http://bobmiami.com/2006/11/13/architect-profile-kobi-karp/ (b. November 1, 1962) is a Miami architect
Architect
An architect is a person trained in the planning, design and oversight of the construction of buildings. To practice architecture means to offer or render services in connection with the design and construction of a building, or group of buildings and the space within the site surrounding the...
who is the principal and founder of Kobi Karp Architecture & Interior Design, Inc. (KKAID)http://www.kobikarp.com/, an architectural and interior design firm. 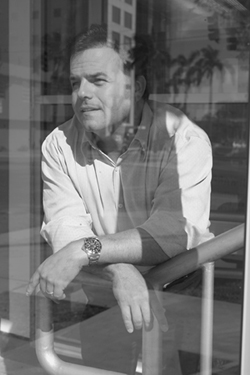 Karp is known for specializing creative and innovative design solutions to governments http://realestatemiamifl.blogspot.com/2007/07/miami-unveils-low-income-rent-project.html, historical preservation boards, societies and communities. He designs in an ecological mindset.

Karp founded KKAID in 1995 and in operation to date the firm has been linked to $10 billion dollars in projects globally.

Karp’s design of Absolut Lofts won a 2006 Pillars of the Industry Award http://www.brunocarnesella.com/html/press.html and received an award from the Historical Preservation society for its use as an infill project. Karp designed the condo buildings in the green fashion before green was popular.‎
In April 2007, the United States Green Building Council
United States Green Building Council
The U.S. Green Building Council , co-founded by Mike Italiano, David Gottfried and Rick Fedrizzi in 1993, is a non-profit trade organization that promotes sustainability in how buildings are designed, built, and operated...
http://www.usgbc.org/ (USGBC) recognized Baylights http://www.baylightsmiami.com/html/body_the_architect.html Condominium a design project spearheaded by Karp as the first green residential building in South Florida. 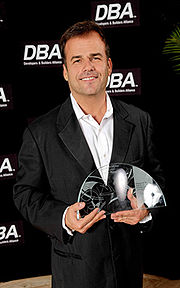 “Do I think green architecture is the future? Absolutely,” says Karp. “We utilize the green building process consistently and continuously in our projects.”

He goes on to say, “What may be new to you may not be new to humanity. Preserving the environment and our history helps us be more civilized and cohesive in a rapidly expanding global community.”


‎Just recently in November 2007 Kobi was named “Architect of the Year” by the Developers & Builders Alliance http://www.dballiance.net/downloads/DBAAwardwinners2006.pdf.

Two large scale Miami projects currently in the works designed by Karp include Miami’s Empire World Towers and the 1101 Brickell Building; both projects have the potential of being added to the list of the world’s tallest buildings.

The 1101 Brickell
1101 Brickell
The 1101 Brickell Building is a planned condominium and office tower skyscraper in downtown Miami, Florida. It was originally approved by the City of Miami and the Federal Aviation Administration in 2006. The building was to contain of office space, of retail as well as 650 residences. It's...
Building is a planned hi-rise recently approved by the City of Miami and the Federal Aviation Administration to be built in downtown Miami. When completed in early 2010 the 74 floor building will be the second tallest building in Miami at a height of 849 ft. The building slated to be constructed in the southern part of Miami's Brickell Financial District Miami Financial District was home to the former Banco Industrial de Venezuela building. Karp preserved the building and will build the new tower adjacent to it. The building was highly desired by city lawmakers for its ability to connect Brickell Miami Financial District to Bayshore Dr. by a pedestrian walkway joining the buildings and the two major thoroughfares.

Additionally the towers would also boast being the tallest concrete structures in the world and be among the tallest buildings in the United States.

Karp is also a licensed contractor and interior designer based in Miami. He is also an active member of the American Institute of Architects, The American Society of Interior Design, National Trust for Historic Preservation League, and several other professional associations