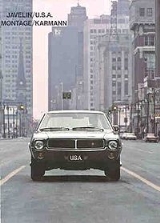 Overview
Wilhelm Karmann GmbH, commonly known simply as Karmann, in Osnabrück
Osnabrück
Osnabrück is a city in Lower Saxony, Germany, some 80 km NNE of Dortmund, 45 km NE of Münster, and some 100 km due west of Hanover. It lies in a valley penned between the Wiehen Hills and the northern tip of the Teutoburg Forest...
, Germany
Germany
Germany , officially the Federal Republic of Germany , is a federal parliamentary republic in Europe. The country consists of 16 states while the capital and largest city is Berlin. Germany covers an area of 357,021 km2 and has a largely temperate seasonal climate...
was until 2009 the largest independent motor vehicle
Motor vehicle
A motor vehicle or road vehicle is a self-propelled wheeled vehicle that does not operate on rails, such as trains or trolleys. The vehicle propulsion is provided by an engine or motor, usually by an internal combustion engine, or an electric motor, or some combination of the two, such as hybrid...
manufacturing company in Germany. For more than a century, they have undertaken various roles, from design to production and assembly of components, for various automobile manufacturers
Automotive industry
The automotive industry designs, develops, manufactures, markets, and sells motor vehicles, and is one of the world's most important economic sectors by revenue....
; including Chrysler
Chrysler
Chrysler Group LLC is a multinational automaker headquartered in Auburn Hills, Michigan, USA. Chrysler was first organized as the Chrysler Corporation in 1925....
, Porsche
Porsche
Porsche Automobil Holding SE, usually shortened to Porsche SE a Societas Europaea or European Public Company, is a German based holding company with investments in the automotive industry....
and Volkswagen Group
Volkswagen Group
Volkswagen Group is a German multinational automobile manufacturing group. , Volkswagen was ranked as the world’s third largest motor vehicle manufacturer and Europe's largest....
.

Falling demand drove the Karmann company, along with other financially connected businesses, to file for protective insolvency on 8 April 2009.

Hi I was wondering if anyone had any knowlege of the Karmann auto assembly plant in Rheine Germany and the production of the 1969 Javelins that we pro...
More
x