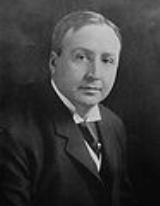 France was born in Cameron, Missouri
Cameron, Missouri
Cameron is a city in Clinton and DeKalb Counties in the U.S. state of Missouri. The population was 8,312 at the 2000 census.The Clinton County portion of Cameron is part of the Kansas City, MO–KS Metropolitan Statistical Area, while the DeKalb County portion is part of the St...
and attended the common schools in the area and the Canandaigua Academy
Canandaigua Academy
Canandaigua Academy is the name of a high school located in Canandaigua, New York which is part of the Canandaigua City School District. The school was named a national Blue Ribbon School of Excellence by the U.S. Department of Education in 1996. Donald Raw, Jr. is the Superintendent of Schools...
in Canandaigua, New York
Canandaigua (city), New York
Canandaigua is a city in Ontario County, New York, USA, of which it is the county seat. The population was 11,264 at the 2000 census...
. In 1895, he graduated from Hamilton College in Clinton, New York
Clinton, Oneida County, New York
Clinton is a village in Oneida County, New York, United States. The population was 1,952 at the 2000 census. It was named for George Clinton, a royal governor of the colony of New York....
, where he was a brother of Theta Delta Chi
Theta Delta Chi
Theta Delta Chi is a social fraternity that was founded in 1847 at Union College. While nicknames differ from institution to institution, the most common nicknames for the fraternity are Theta Delt, Thete, TDX, and TDC. Theta Delta Chi brothers refer to their local organization as Charges rather...
. He also attended the University of Leipzig
University of Leipzig
The University of Leipzig , located in Leipzig in the Free State of Saxony, Germany, is one of the oldest universities in the world and the second-oldest university in Germany...
in Leipzig, Germany and finally, in 1897, graduated from the medical department of Clark University
Clark University
Clark University is a private research university and liberal arts college in Worcester, Massachusetts.Founded in 1887, it is the oldest educational institution founded as an all-graduate university. Clark now also educates undergraduates...
in Worcester, Massachusetts
Worcester, Massachusetts
Worcester is a city and the county seat of Worcester County, Massachusetts, United States. Named after Worcester, England, as of the 2010 Census the city's population is 181,045, making it the second largest city in New England after Boston....
.

France began to teach natural science at the Jacob Tome Institute of Port Deposit, Maryland
Port Deposit, Maryland
Port Deposit is a town in Cecil County, Maryland, United States. It is located on the north bank of the Susquehanna River near its discharge into the Chesapeake Bay...
in 1897, but resigned later to enter the College of Physicians and Surgeons in Baltimore
Baltimore
Baltimore is the largest independent city in the United States and the largest city and cultural center of the US state of Maryland. The city is located in central Maryland along the tidal portion of the Patapsco River, an arm of the Chesapeake Bay. Baltimore is sometimes referred to as Baltimore...
, Maryland. He commenced the practice of medicine in Baltimore after graduation in 1903.

After a short time out of politics, France re-entered the political arena in 1916 and was elected to the United States Senate. During the 65th Congress, he served in the Senate as the chairman of the Committee on Public Health and National Quarantine. France attempted to introduce an amendment to the Sedition Act of 1918
Sedition Act of 1918
The Sedition Act of 1918 was an Act of the United States Congress that extended the Espionage Act of 1917 to cover a broader range of offenses, notably speech and the expression of opinion that cast the government or the war effort in a negative light or interfered with the sale of government bonds...
that would have ensured limited free speech protections, but the amendment was defeated, and France would remark that the legislation was criminal, repressive, and characteristic of the Dark Ages.

France warned in March 1920 that "Republican liberals" would split off the Republican Party to form the "Anti-Prohibition
Prohibition
Prohibition of alcohol, often referred to simply as prohibition, is the practice of prohibiting the manufacture, transportation, import, export, sale, and consumption of alcohol and alcoholic beverages. The term can also apply to the periods in the histories of the countries during which the...
Party". France introduced a joint resolution in the same month asking that dissenters imprisoned during World War I be pardoned. He was an unsuccessful candidate for re-election in 1922, losing his seat to Democratic
Democratic Party (United States)
The Democratic Party is one of two major contemporary political parties in the United States, along with the Republican Party. The party's socially liberal and progressive platform is largely considered center-left in the U.S. political spectrum. The party has the lengthiest record of continuous...
rival William Cabell Bruce
William Cabell Bruce
William Cabell Bruce was an American politician and Pulitzer Prize-winning writer who represented the State of Maryland in the United States Senate from 1923 to 1929....
.

Following his defeat, France became President of the Republic International Corporation and also resumed the practice of medicine in Port Deposit. France also joined the Freemasons during this time.

France opposed Herbert Hoover
Herbert Hoover
Herbert Clark Hoover was the 31st President of the United States . Hoover was originally a professional mining engineer and author. As the United States Secretary of Commerce in the 1920s under Presidents Warren Harding and Calvin Coolidge, he promoted partnerships between government and business...
in Republican primaries
Primary election
A primary election is an election in which party members or voters select candidates for a subsequent election. Primary elections are one means by which a political party nominates candidates for the next general election....
during the Presidential campaign of 1932
United States presidential election, 1932
The United States presidential election of 1932 took place as the effects of the Wall Street Crash of 1929, the Smoot-Hawley Tariff Act of 1930, the Revenue Act of 1932, and the Great Depression were being felt intensely across the country. President Herbert Hoover's popularity was falling as...
. He was giving a speech at the Republican Convention in Chicago when the microphone malfunctioned, leaving France continuing his speech while the sound system was repaired. Although he won some contests, few delegate
Delegate
A delegate is a person who speaks or acts on behalf of an organization at a meeting or conference between organizations of the same level A delegate is a person who speaks or acts on behalf of an organization (e.g., a government, a charity, an NGO, or a trade union) at a meeting or conference...
s were selected in the primaries and France was heavily defeated at the convention.

France was the first U.S. Senator to visit Russia
Russia
Russia or , officially known as both Russia and the Russian Federation , is a country in northern Eurasia. It is a federal semi-presidential republic, comprising 83 federal subjects...
after the Russian Revolution, and consistently advocated cordial relations with the Soviet Union
Soviet Union
The Soviet Union , officially the Union of Soviet Socialist Republics , was a constitutionally socialist state that existed in Eurasia between 1922 and 1991....
. In 1921 after having been sent to Russia to study economic conditions there, he met with Russian officials, including Lenin
Vladimir Lenin
Vladimir Ilyich Lenin was a Russian Marxist revolutionary and communist politician who led the October Revolution of 1917. As leader of the Bolsheviks, he headed the Soviet state during its initial years , as it fought to establish control of Russia in the Russian Civil War and worked to create a...
, to assist in the release of Marguerite Harrison
Marguerite Harrison
Marguerite Elton Harrison was a reporter, spy, film maker, and translator who was one of the four founding members of the Society of Woman Geographers.-Biography:...
, an American journalist and convicted spy. Lenin wrote in a letter to Georgy Chicherin
Georgy Chicherin
Georgy Vasilyevich Chicherin was a Marxist revolutionary and a Soviet politician. He served as People's Commissar for Foreign Affairs in the Soviet government from March 1918 to 1930.-Childhood and early career:...
:
The letter went on to relate that Marguerite Harrison was the sister-in-law of the Governor of Maryland and that Senator France's re-election was put in jeopardy by her incarceration. France attracted controversy in the United States by accusing Colonel Edward W. Ryan of the American Red Cross
American Red Cross
The American Red Cross , also known as the American National Red Cross, is a volunteer-led, humanitarian organization that provides emergency assistance, disaster relief and education inside the United States. It is the designated U.S...
of fomenting the Kronstadt rebellion
Kronstadt rebellion
The Kronstadt rebellion was one of many major unsuccessful left-wing uprisings against the Bolsheviks in the aftermath of the Russian Civil War...
.

France spoke at a 1920 meeting of the NAACP
National Association for the Advancement of Colored People
The National Association for the Advancement of Colored People, usually abbreviated as NAACP, is an African-American civil rights organization in the United States, formed in 1909. Its mission is "to ensure the political, educational, social, and economic equality of rights of all persons and to...
to support the enactment of the Dyer Anti-Lynching Bill
Dyer Anti-Lynching Bill
The Dyer Anti-Lynching Bill, introduced by Representative Leonidas C. Dyer, a Republican from Saint Louis, Missouri, in the US House of Representatives in 1918, was directed at punishing lynchings and mob violence....
. France fought against voter disenfranchisement, and proposed an amendment to a railroad bill so that black train passengers paying a first-class fare could get first-class accommodations.