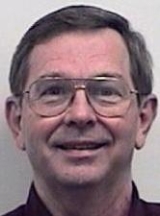 Encyclopedia
The Johnson Space Center shooting was an incident of hostage taking that occurred on April 20, 2007 in Building 44, the Communication and Tracking Development Laboratory, at the Lyndon B. Johnson Space Center
Lyndon B. Johnson Space Center
The Lyndon B. Johnson Space Center is the National Aeronautics and Space Administration's center for human spaceflight training, research and flight control. The center consists of a complex of 100 buildings constructed on 1,620 acres in Houston, Texas, USA...
(JSC) in Houston, Texas
Houston, Texas
Houston is the fourth-largest city in the United States, and the largest city in the state of Texas. According to the 2010 U.S. Census, the city had a population of 2.1 million people within an area of . Houston is the seat of Harris County and the economic center of , which is the ...
, United States
United States
The United States of America is a federal constitutional republic comprising fifty states and a federal district...
. The gunman, William Phillips, an employee for Jacobs Engineering who worked at Building 44, shot and killed one person and took a hostage for over three hours before committing suicide
Suicide
Suicide is the act of intentionally causing one's own death. Suicide is often committed out of despair or attributed to some underlying mental disorder, such as depression, bipolar disorder, schizophrenia, alcoholism, or drug abuse...
. Police said Phillips was under review for poor job performance and he feared being dismissed.

The situation began at 1:00 p.m. (UTC-5
UTC-5
UTC−05:00 is an identifier for a time offset from UTC of −05.This offset is used in the Eastern Time Zone during standard time and in the Central Time Zone during Daylight Saving Time ....
) when gunman William Phillips entered a conference room, pointed a .38
.38 Special
The .38 Smith & Wesson Special is a rimmed, centerfire cartridge designed by Smith & Wesson. It is most commonly used in revolvers, although some semi-automatic pistols and carbines also use this round...
or .357
.357 Magnum
The .357 S&W Magnum , or simply .357 Magnum, is a revolver cartridge created by Elmer Keith, Phillip B. Sharpe, Colonel D. B. Wesson of firearms manufacturer Smith & Wesson, and Winchester. It is based upon Smith & Wesson's earlier .38 Special cartridge. The .357 Magnum cartridge was introduced in...
-caliber snub-nosed revolver
Revolver
A revolver is a repeating firearm that has a cylinder containing multiple chambers and at least one barrel for firing. The first revolver ever made was built by Elisha Collier in 1818. The percussion cap revolver was invented by Samuel Colt in 1836. This weapon became known as the Colt Paterson...
at one person, and ordered everybody else to leave.

He immediately confronted David Beverly about his job review, saying "You're the one who's going to get me fired." The two talked for several minutes. Then, at approximately 1:40 p.m., three gunshots were heard. Police said Beverly was initially shot twice, but he was still alive. Phillips left and then returned seconds later to shoot Beverly twice more.

Phillips then took Fran Crenshaw, who happened to be in the area, hostage and bound her to a chair with duct tape
Duct tape
Duct tape, or duck tape, is cloth- or scrim-backed pressure sensitive tape often sealed with polyethylene. It is very similar to gaffer tape but differs in that gaffer tape was designed to be cleanly removed, while duct tape was not. It has a standard width of and is generally silver or black...
. Phillips barricaded himself and Crenshaw inside the second floor of Building 44 for the next three hours. During this, Crenshaw attempted to calm Phillips, with whom she is reported to have had a positive relationship. Later, Crenshaw was able to get herself out of the tape and alert authorities about what was happening.

Meanwhile, SWAT
SWAT
A SWAT team is an elite tactical unit in various national law enforcement departments. They are trained to perform high-risk operations that fall outside of the abilities of regular officers...
teams surrounded the building. Building 44 as well as four other nearby buildings were evacuated and NASA
NASA
The National Aeronautics and Space Administration is the agency of the United States government that is responsible for the nation's civilian space program and for aeronautics and aerospace research...
employees in other buildings were ordered to remain inside their buildings, but were later told they were free to go at the end of the workday. A nearby school, Space Center Intermediate School, was placed on lockdown temporarily.

The incident ended at 5:00 p.m. as the SWAT teams attempted to communicate with Phillips when the gunman committed suicide
Suicide
Suicide is the act of intentionally causing one's own death. Suicide is often committed out of despair or attributed to some underlying mental disorder, such as depression, bipolar disorder, schizophrenia, alcoholism, or drug abuse...
with a single shot to the head.
Crenshaw was taken to St. John Hospital by ambulance and then released for questioning by the Houston Police Department
Houston Police Department
The Houston Police Department is the primary law enforcement agency serving the City of Houston, Texas, United States and some surrounding areas. Its headquarters are in 1200 Travis in Downtown Houston....
. She was physically unharmed and walked under her own power out of the hospital.

A person identified as David Beverly was shot four times to the chest and killed. He was 62 years old and an electrical parts specialist employed by NASA. The hostage, identified as Fran Crenshaw, is a contract worker with MRI Technologies. During the incident, she attempted to calm Phillips and eventually escaped her bonds. 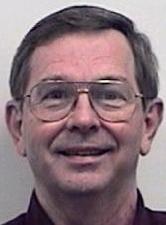 The gunman was identified as 60-year-old William A. Phillips,, who was known to be unmarried and lived by himself. He was an employee of Jacobs Engineering, and had worked for NASA for 12 to 13 years.
Michael Coats
Michael Coats
Michael Lloyd Coats is an engineer and former NASA astronaut, raised in Riverside, California...
, director of the JSC, said Phillips was "until recently, a good employee." Phillips knew the two victims, David Beverly and Fran Crenshaw. Police said there was "some kind of dispute" between Beverly and Phillips, possibly related to a pending review of job performance.