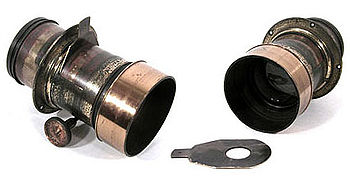 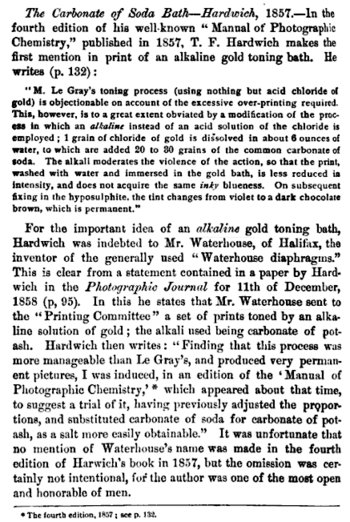 He was born at Well Head House in Halifax, Yorkshire the eldest son of John and Grace Elizabeth (née Rawson} Waterhouse. Well Head had extensive gardens with greenhouses and a staff of 6 gardeners. They cultivated exotic ferns, including a todea superba
Leptopteris
The fern genus Leptopteris is a small group of plants found growing in the Pacific Islands, New Guinea and Australia. They are similar to ferns in the related genus Todea.Species include:* L. alpina* L. fraseri - Crepe Fern, Australia...
which Waterhouse had imported from New Zealand in 1860 and which is now at Kew Gardens. At the house, he built an observatory and meteorological station. Louis John Crossley studied at his laboratory.

In 1839 he travelled around the world for health reasons.

Over a period of 8 years (1866-1873), he made detailed observations of the weather and of the night skies from Well Head, which he published in 1874. A keen photographer, he produced several inventions, including Waterhouse stop
Waterhouse stop
The Waterhouse stop or Waterhouse diaphragm is an interchangeable diaphragm with an aperture for controlling the entry of light into a camera. A thin piece of metal is drilled with a hole ; a set of these with varying hole sizes makes up a set of Waterhouse stops, corresponding to what today we...
s for cameras and photographic lenses and an alkaline gold toning
Photographic print toning
In photography, toning is a method of changing the color of black-and-white photographs. In analog photography, toning is a chemical process carried out on silver-based photographic prints. This darkroom process can not be done with a color photograph and although the black-and-white photograph is...
bath (see page from 1892 book, figure to the right, below).