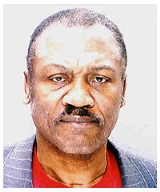 Overview
Joseph William "Joe" Frazier (January 12, 1944 – November 7, 2011), also known as Smokin' Joe, was an Olympic
Boxing at the Summer Olympics
Boxing has been contested at every Summer Olympic Games since its introduction to the program at the 1904 Summer Olympics, except for the 1912 Summer Olympics in Stockholm, because Swedish law banned the sport at the time. The 2008 Summer Olympics was the final games with boxing as a male only event...
and Undisputed World Heavyweight boxing
Boxing
Boxing, also called pugilism, is a combat sport in which two people fight each other using their fists. Boxing is supervised by a referee over a series of between one to three minute intervals called rounds...
champion, whose professional career lasted from 1965 to 1976, with a one-fight comeback in 1981.

Frazier emerged as the top contender in the late 1960s, defeating opponents that included Jerry Quarry
Jerry Quarry
Jerry Quarry , nicknamed "Irish" or “The Bellflower Bomber,” was an Irish-American heavyweight boxer. Quarry was rated by Ring Magazine as the most popular fighter in the sport, 1968–1971, and was one of the biggest stars of arguably the greatest era in the history of the heavyweight division.-...
, Oscar Bonavena
Oscar Bonavena
Oscar Natalio "Ringo" Bonavena was a heavyweight professional boxer with a career record of 58 wins, 9 losses and 1 draw. A rugged, wild-swinging puncher, he was nicknamed "Ringo" because of his Beatles haircut, and enjoyed professional success in both Argentina and the United States...
, Buster Mathis
Buster Mathis
Buster Mathis was a boxer who had a very successful career as an amateur heavyweight boxer. He qualified for a spot in the 1964 Tokyo Olympics. However, he was injured and was unable to compete there. Instead of him, the fighter Mathis beat in the Olympic Trials went to the Olympics...
, Eddie Machen
Eddie Machen
Edward Mills Machen was born in Redding, California, on June 15, 1932. Machen was a convict turned boxer. His 64-bout career began on March 22, 1955, and he went on to win his first 24 bouts....
, Doug Jones
Doug Jones (boxer)
Doug Jones is a former American heavyweight boxer.- Boxing career :Doug "Pugilism" Jones started off his career successfully with 18 consecutive wins against mostly lightly regarded opponents, until his first loss occurred at the hands of Eddie Machen. He lost his next two fights, and the third a...
, George Chuvalo
George Chuvalo
George Louis Chuvalo, CM is a retired Canadian heavyweight boxer who was never knocked down in ninety-three professional fights between 1956 and 1979. He is often considered to have had the greatest chin in the history of boxing and to be one of its most durable fighters...
, and Jimmy Ellis
Jimmy Ellis
James Albert "Jimmy" Ellis is a retired boxer from Louisville, Kentucky. He fought in what some consider to be the greatest heavyweight era of all-time, which included Muhammad Ali, Joe Frazier, George Foreman, Jerry Quarry, Floyd Patterson, Oscar Bonavena, Earnie Shavers and George Chuvalo among...
en route to becoming undisputed heavyweight champion in 1970, and followed up by defeating Muhammad Ali
Muhammad Ali
Muhammad Ali is an American former professional boxer, philanthropist and social activist...
on points in the highly-anticipated "Fight of the Century
Fight of the Century
Fight of the Century was the promotional nickname given to the first boxing match between champion Joe Frazier and challenger Muhammad Ali , held on March 8, 1971, at Madison Square Garden in New York City, New York....
" in 1971.

who did joe fight in buffalo, ny
More
x