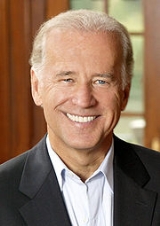 The decision of whether or not the country should go to war is slightly above your pay grade.

To Scott Ritter|Scott Ritter, in hearings about the disarmament process.

After nine months of doing this, there is no exploratory committee - I'm running [for President in 2008].

There's good reason to be excited. You have the first woman running who is qualified, and a very attractive African-American who has demonstrated crossover appeal. I got involved in politics 40 years ago during the civil rights movement, so yes, it's an exciting thing.

The average voter out there understands that the next president is going to have to be prepared to immediately step in without hesitation and end our involvement in Iraq. It's very difficult to figure out how to move on to broader foreign policy concerns without fixing Iraq first.

I mean, you got the first mainstream African-American who is articulate and bright and clean and a nice-looking guy. I mean, that’s a storybook, man.