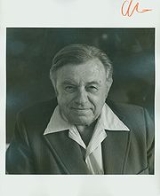 
Since its founding in 1966, the Jerusalem Foundation has completed over 2000 projects throughout the city, among others the Hand in Hand School
Hand in Hand: Center for Jewish Arab Education in Israel
Hand in Hand: Center for Jewish-Arab Education in Israel is a network of award-winning bilingual schools where Jewish and Arab citizens of Israel can study together...
for bilingual education, the Tower of David
Tower of David
The Tower of David is an ancient citadel located near the Jaffa Gate entrance to the Old City of Jerusalem.Built to strengthen a strategically weak point in the Old City's defenses, the citadel that stands today was constructed during the 2nd century BC and subsequently destroyed and rebuilt by,...
Museum of the History of Jerusalem, and the Jerusalem Music Centre
Jerusalem Music Centre
The Jerusalem Music Centre is an institute for musical education in Mishkenot Sha’ananim, Jerusalem, Israel. The centre helps young Israeli musicians to develop their talents through multi-annual programs and courses, master classes, and performances...
.

The Foundation's president is Ruth Cheshin.