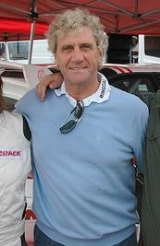 Encyclopedia
Jean-Marie Pfaff is a Belgian
Belgium
Belgium , officially the Kingdom of Belgium, is a federal state in Western Europe. It is a founding member of the European Union and hosts the EU's headquarters, and those of several other major international organisations such as NATO.Belgium is also a member of, or affiliated to, many...
former football goalkeeper.

At the age of 16, Pfaff joined K.S.K. Beveren
K.S.K. Beveren
Koninklijke Sportkring Beveren was a Belgian association football club from the town of Beveren in East Flanders. It was famous for its goalkeeping school that has produced such players as Jean-Marie Pfaff, Filip De Wilde, Geert De Vlieger, Erwin Lemmens, and Tristan Peersman, all of whom have...
with whom he won a Belgian champions title (1979) and a Belgian Cup
Belgian Cup
The Belgian Cup is the main knockout football competition in Belgium, run by the Belgian Football Association. The first cup was held in 1911-12. The most successful cup club is Club Brugge KV with 10 titles followed by RSC Anderlecht and R Standard de Liège...
(1978). The same year, he received the Belgian Golden Shoe
Belgian Golden Shoe
In association football, the Belgian Golden Shoe is an award given in Belgium at the beginning of each civil year to the best footballer of the Belgian First Division for the past year. The trophy is sponsored by the Belgian newspaper Het Laatste Nieuws....
. In 1982, he entered the Bayern Munich squad, getting three Bundesliga titles (from 1985 to 1987) and two German cups (1984 and 1986).

Pfaff first played with the Red Devils in 1976 against legendary rival the Netherlands
Netherlands national football team
The Netherlands National Football Team represents the Netherlands in association football and is controlled by the Royal Dutch Football Association , the governing body for football in the Netherlands...
. He was the goalkeeper during Euro 80 and Euro 84, and the 1982 and 1986 World Cups.

Pfaff was named by Pelé
Pelé
However, Pelé has always maintained that those are mistakes, that he was actually named Edson and that he was born on 23 October 1940.), best known by his nickname Pelé , is a retired Brazilian footballer. He is widely regarded as one of the greatest football players of all time...
as one of the top 125 greatest living footballers
FIFA 100
The FIFA 100 is a list of the world-renowned Brazilian striker Pelé's choice of the "greatest living footballers". Unveiled on 4 March 2004 at a gala ceremony in London, the FIFA 100 marked part of the celebrations of the 100th anniversary of the foundation of the Fédération Internationale de...
in March 2004. He is now a TV star in Belgium with the reality show De Pfaffs showing him and his family in 2003.