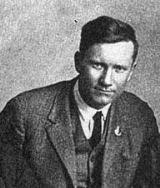 The economic prerequisites for the socialist revolution are fully matured in the US. The political premises are likewise far more advanced than might appear on the surface.

Theses on the American Revolution

The workers of America have power enough to topple the structure of capitalism at home and to lift the whole world with them when they rise.

The Struggle for a Proletarian Party
More
x