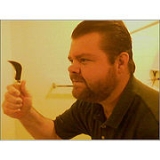 Encyclopedia
Intention is an agent's specific purpose
Purpose
Purpose is a word meaning an object to be reached; a target; an aim; a goal; a result that is desired; an intention. Purpose's basic concept is an individual's voluntary behavior activity awareness...
in performing an action or series of actions, the end or goal
Goal
A goal is an objective, or a projected computation of affairs, that a person or a system plans or intends to achieve.Goal, GOAL or G.O.A.L may also refer to:Sport...
that is aimed at. Outcomes that are unanticipated or unforeseen are known as unintended consequences
Unintended Consequences
Unintended Consequences is a novel by John Ross, first published in 1996 by Accurate Press. The story chronicles the history of the gun culture, gun rights and gun control in the United States from the early 1900s through the late 1990s...
.

Intentional behavior can also be just thoughtful and deliberate goal-directedness. Recent research in experimental philosophy has shown that other factors may also matter for whether or not an action is counted as intentional.

In recent years, there has been a large amount of work done on the concept of intentional action in experimental philosophy
Experimental philosophy
Experimental philosophy is an emerging field of philosophical inquiry that makes use of empirical data—often gathered through surveys which probe the intuitions of ordinary people—in order to inform research on philosophical questions This use of empirical data is widely seen as opposed to a...
. This work has aimed at illuminating and understanding the factors which influence people's judgments of whether an action was done intentionally. For instance, research has shown that unintended side effects are often considered to be done intentionally if the side effect is considered bad and the person acting knew the side effect would occur before acting. Yet when the side effect is considered good, people generally don't think it was done intentionally, even if the person knew it would occur before acting. The most well-known example involves a chairman who implements a new business program for the sole purpose to make money but ends up affecting the environment in the process. If he implements his business plan and in the process he ends up helping the environment, then people generally say he unintentionally helped the environment; if he implements his business plan and in the process he ends up harming the environment, then people generally say he intentionally harmed the environment. The important point is that in both cases his only goal was to make money. While there have been many explanations proposed for why the "side-effect effect" occurs, researchers on this topic have not yet reached a consensus.