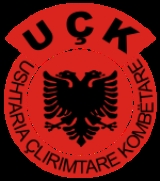 Insurgency in the Republic of Macedonia
Topic Home
Discussion
0

After the Ohrid Agreement
Ohrid Agreement
The Ohrid Framework Agreement was the peace deal signed by the government of the Republic of Macedonia and ethnic Albanian representatives on August 13, 2001...
, the rebels agreed to cease-fire in June, however there were other agreements in August, before settling on a final one in January 2002. Under the Ohrid Agreement, the Macedonian government pledged to improve the rights of the Albanian population, that makes up just over 25.3 percent of the population. Those rights include making Albanian language the second official language, increasing the participation of ethnic Albanians in government institutions, police and army. Most importantly, under the Ohrid Agreement, the Macedonian government agreed to a new model of decentralization
Decentralization
__FORCETOC__Decentralization or decentralisation is the process of dispersing decision-making governance closer to the people and/or citizens. It includes the dispersal of administration or governance in sectors or areas like engineering, management science, political science, political economy,...
.

The Albanian side agreed to give up any separatist
Separatism
Separatism is the advocacy of a state of cultural, ethnic, tribal, religious, racial, governmental or gender separation from the larger group. While it often refers to full political secession, separatist groups may seek nothing more than greater autonomy...
demands and to fully recognize all Macedonian institutions. In addition, according to this accord the NLA was to disarm and hand over their weapons to a NATO force.

Several months after the conflict, some armed provocations persisted. Small bombings and shootings used to happen. The most serious provocations happened when three Macedonian police officers were killed in an ambush by ethnic Albanian gunmen on November 12, 2001.

Casualty figures remain uncertain. By March 19, 2001, the BBC
BBC
The British Broadcasting Corporation is a British public service broadcaster. Its headquarters is at Broadcasting House in the City of Westminster, London. It is the largest broadcaster in the world, with about 23,000 staff...
reported that Macedonian security forces claimed five of their soldiers were killed, while the NLA claimed it had killed 11. No definitive NLA casualty figures were cited at the time. On December 25, 2001, the Alternative Information Network cited figures of 63 deaths claimed by Macedonian security forces for their side and 64 deaths claimed by the NLA for their fighters. About 60 ethnic Albanian civilians are thought to have been killed while possibly about ten ethnic Macedonians died during the conflict (Macedonian authorities did not release figures for the latter at the time). , the fate of twenty "disappeared" civilians —13 ethnic Macedonians, six ethnic Albanians and one Bulgaria
Bulgaria
Bulgaria , officially the Republic of Bulgaria , is a parliamentary democracy within a unitary constitutional republic in Southeast Europe. The country borders Romania to the north, Serbia and Macedonia to the west, Greece and Turkey to the south, as well as the Black Sea to the east...
n citizen— remains unknown. By August 2001, the number of people displaced
Displaced person
A displaced person is a person who has been forced to leave his or her native place, a phenomenon known as forced migration.- Origin of term :...
, mostly Macedonians, by the war reached 170,000 of which 74,000 displaced internally
Internally displaced person
An internally displaced person is someone who is forced to flee his or her home but who remains within his or her country's borders. They are often referred to as refugees, although they do not fall within the current legal definition of a refugee. At the end of 2006 it was estimated there were...
. , 2,600 remained displaced. Two European Union monitors were killed during the conflict. One British soldier was also killed.

As a result of the conflict, some Albanians of Čair Municipality
Cair municipality
Čair is one of the ten municipalities that make up the city of Skopje, the capital of the Republic of Macedonia. Skopje's old town is located in Čair.- Geography :...
in Skopje established in 2008 a 'Museum of Freedom' presenting what they consider battles of the Albanians in the region from the period of the Prizren League in 1878 until the 2001 insurgency. It is also known as the NLA Museum and commemorates those who died during the conflict. Items include paramilitary clothing and insurgent flags used in 2001. Many Albanians see it as a non-military continuation of the uprising. Former NLA leader turned politician, Ali Ahmeti
Ali Ahmeti
Ali Ahmeti is the political leader of the Democratic Union for Integration , a governing political party in Republic of Macedonia...
stated at the opening ceremony “My heart tells me that history is being born right here, in Skopje, the ancient city in the heart of Dardania
Dardani
Dardania was the region of the Dardani .Located at the Thraco-Illyrian contact zone, their identification as either an Illyrian or Thracian tribe is uncertain. Their territory itself was not considered part of Illyria by Strabo. The term used for their territory was , while for other tribes had...
. Our patriots have fought for it for centuries, but it is us today who have the destiny to celebrate the opening of the museum. Fighters from Kosovo are here to congratulate us...”

In April 2010, a weapon cache believed to be intended for the group actions was discovered near the border with Serbia, it included uniforms with UÇK marks. On May 12, four people have been killed by Macedonian police, in a village close to Kosovo. Police seized four bags of explosives, anti-infantry mines and other weapons. The militants killed were wearing black uniforms and Kosovo Liberation Army (KLA) insignia was found in the vehicle. The days after, as Macedonia petitioned Kosovo for informations 70 criminal suspects linked to ethnic Albanian criminal gang, 4 men, a father and his three sons, were arrested for illegal weapons possessions. The 4 men were linked to the men killed on May 12.

Other crimes were like that of a three-day operation by Macedonian police against the ethnic Albanian village of Ljuboten, from August 10–12, 2001, which left ten civilians dead and resulted in the arrest of more than 100 men, many of whom were severely beaten and tortured while in police custody. According to the Macedonian government there was a presence of Albanian National Liberation Army in the village; however, the Human Rights Watch investigation on the ground in Ljuboten found no direct evidence of this. However these events led to the trial of the Macedonian minister of internal affairs of the time, Ljube Boškoski
Ljube Boškoski
Ljube Boškoski , known among his supporters as "Brother Ljube" , is a Macedonian politician and former Minister of Internal Affairs of the Republic of Macedonia.He supervised an elite special operations tactical unit of the Macedonian police in his capacity as Minister of Internal...
, in the International War Crime Tribunal
International Criminal Tribunal for the former Yugoslavia
The International Tribunal for the Prosecution of Persons Responsible for Serious Violations of International Humanitarian Law Committed in the Territory of the Former Yugoslavia since 1991, more commonly referred to as the International Criminal Tribunal for the former Yugoslavia or ICTY, is a...
in The Hague
The Hague
The Hague is the capital city of the province of South Holland in the Netherlands. With a population of 500,000 inhabitants , it is the third largest city of the Netherlands, after Amsterdam and Rotterdam...
. Eventually he was found not guilty.

The bombing of the 13th-century Orthodox monastery Sveti Atanasij in the village of Lesok however no one has ever claimed responsibility for the attack and Albanian guerrilla officials have demised all responsibility and placed the blame on Macedonian special forces saying it was another poor attempt to link the NLA to Islamic extremism.
However closer to the pile of rubble that had once been one of the most revered religious sites for the Macedonian Orthodox Church lay a dead donkey, its bloated body daubed with paint spelling out the letters UCK, the Albanian initials for the rebel National Liberation Army. This incident is to this day disputed and the monastery is now under reconstruction. On the other hand, the Macedonian forces destroyed a mosque in the village of Neprosteno and was rebuilt in 2003 with funding from the EU.
The monastery at Matejce, near Kumanovo
Kumanovo
Kumanovo is a city in the Republic of Macedonia and is the seat of Kumanovo Municipality which is the largest municipality in the country. Municipal institutions include a city council, mayor and other administrative bodies.-Name:...
, was also damaged in the fighting, but the church of St. Virgin Hodegetria was damaged by the Albanian terrorists who spray-painted and carved anti-Christianity and KLA symbols into the 14th-century fresco.
Similar attacks on the Serb churches and monasteries in Kosovo were carried out by Albanians.

Another incident which is claimed by Macedonian government to be a war crime was that of the so-called Vejce massacre where Albanian guerrillas ambushed and killed 8 Macedonian forces.
After setting up and ambush and attacking their lightly armoured Humvee vehicles with small arms fire and RPGs the patrol stopped and Macedonian forces and guerrillas exchanged fire in a short skirmish, after soldiers started retreating half of the patrol managed to escape one soldier was shot and others captured. Four of the victims were executed with cold steal weapons, with their genitalia removed and torched alive.
News of the massacre sparked local uprisings against Muslim Albanians in several towns and cities across Macedonia, and such revolts included burning and vandalising shops and Mosques. Surviving members of the roadside patrol that was massacred gave eyewitness testimony of the killings. They claimed that the massacre was carried out by a group of 15-20 bearded men.
Till this day the bodies were not released to the public or civilian investigators and autopsies were carried out in a military morgue.