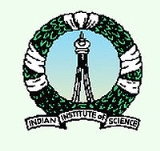 Overview
Indian Institute of Science (IISc) is a research institution of higher learning located in Bangalore
Bangalore
Bengaluru , formerly called Bengaluru is the capital of the Indian state of Karnataka. Bangalore is nicknamed the Garden City and was once called a pensioner's paradise. Located on the Deccan Plateau in the south-eastern part of Karnataka, Bangalore is India's third most populous city and...
, India
India
India , officially the Republic of India , is a country in South Asia. It is the seventh-largest country by geographical area, the second-most populous country with over 1.2 billion people, and the most populous democracy in the world...
. It was established in 1909.

Vaporize the diesel fuel in a heat exchanger with the help of exhaust gas heat, and that vapor is inducted in to the engine cylinder along through air...

What gate rank is needed to get admission in IISc and what is d overall procedure? (specially for cs/it).
More