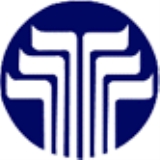 Overview
Hyosung Corporation is a Korea
Korea
Korea ) is an East Asian geographic region that is currently divided into two separate sovereign states — North Korea and South Korea. Located on the Korean Peninsula, Korea is bordered by the People's Republic of China to the northwest, Russia to the northeast, and is separated from Japan to the...
n industrial conglomerate
Conglomerate (company)
A conglomerate is a combination of two or more corporations engaged in entirely different businesses that fall under one corporate structure , usually involving a parent company and several subsidiaries. Often, a conglomerate is a multi-industry company...
(chaebol
Chaebol
Chaebol refers to a South Korean form of business conglomerate. They are global multinationals owning numerous international enterprises. The term is often used in a context similar to that of the English word "conglomerate"...
), founded in 1957. It operates in various fields, including the chemical industry, industrial machinery, IT
Information technology
Information technology is the acquisition, processing, storage and dissemination of vocal, pictorial, textual and numerical information by a microelectronics-based combination of computing and telecommunications...
, trade, and construction. It is known in Korea mostly for high-end apartments and automatic teller machines. Its CEO is S.R. Cho (조석래).
2011. 07/01 Hyosung Wire Luxembourg S.A.,8 route de Bissen L-7759 Roost, Luxembourg

2010.
Completed a steel cord plant in Vietnam, Established a plant in Brazil and made an MOU, Exported gear boxes for wind power turbines to India’s Ghodawat Energy Ltd.

Hi; I'd like to know the way to chance from Km to Mile in my Hyosung Aquila gv 650, please.
More
x