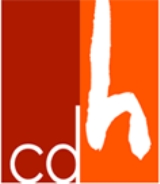 The PSC performed particularly badly in the 1999 general election
Belgian general election, 1999
The June 13, 1999 Belgian general elections was a Belgian election for the Belgian Chamber of Representatives and Belgian Senate. The federal general elections were held on the same day as the European elections and the regional elections. The Flemish Liberals and Democrats won the elections.The...
. This was linked to several scandals, such as the escape of Marc Dutroux
Marc Dutroux
Marc Dutroux is a Belgian serial killer and child molester, convicted of having kidnapped, tortured and sexually abused six girls during 1995 and 1996, ranging in age from 8 to 19, four of whom he murdered. He was also convicted of having killed a suspected former accomplice, Bernard Weinstein,...
and the discovery of dioxine in chickens (the PSC was a coalition partner in the Dehaene government
Jean-Luc Dehaene
-Early life and political career:He was born in Montpellier, France, when his parents were fleeing German troops. He got into politics through the Algemeen Christelijk Werknemersverbond , a trade union which was closely linked to the Christelijke Volkspartij .In 1981, he became Minister of Social...
). The decline in votes was also explained by declining adherence to Catholicism
Roman Catholicism in Belgium
The Belgian Catholic Church, part of the global Roman Catholic Church, is under the spiritual leadership of the Pope, the curia in Rome and the Conference of Belgian Bishops.-Dioceses:...
. The party was confined to opposition
Opposition (politics)
In politics, the opposition comprises one or more political parties or other organized groups that are opposed to the government , party or group in political control of a city, region, state or country...
on all levels of government.

The party started a process of internal reform. In 2001 a new charter of principles the "Charter of Democratic Humanism" was adopted and 2002 the party adopted a new constitution and a new name, Humanist Democratic Centre.

In the 2003 general election the party did not perform much better and was still confined to opposition. After the 2004 regional elections
Belgian regional elections, 2004
On June 13, 2004, regional elections were held in Belgium, to choose representatives in the regional councils of the Flemish Parliament, the Walloon Parliament, the Brussels Parliament and the German-speaking Community of Belgium...
the party returned to power in Brussels, in Walloon Region and the French Community together with the Socialist Party and Ecolo
Ecolo
Ecolo is a French-speaking Belgian green political party in Wallonia, Brussels and the German-speaking Community of Belgium...
in Brussels, and with the Socialist Party in Walloon Region and the French Community. The current president of the party is Joëlle Milquet
Joëlle Milquet
Joëlle F.G.M. Milquet is a Belgian politician from the Humanist Democratic Centre .-Education:...
.

In the 2010 general elections
Belgian general election, 2010
General elections were held in Belgium on 13 June 2010. After the fall of the previous government over the withdrawal of Open Flemish Liberals and Democrats from the government the King dissolved the legislature and called new elections...
, the party lost 1 seat in the Chamber and kept its 2 seats in the Senate.

Results for the Chamber of Representatives, in percentages for the Kingdom of Belgium.

Its ideology is the «democratic humanism, inspired by personalism
Personalism
Personalism is a philosophical school of thought searching to describe the uniqueness of a human person in the world of nature, specifically in relation to animals...
inherited notably from christian humanism», combined with a centre-left policy towards the economy, supporting state interventionism and calling for the unity of Belgium.