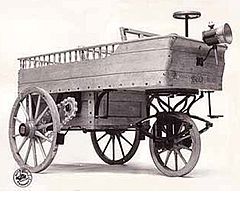 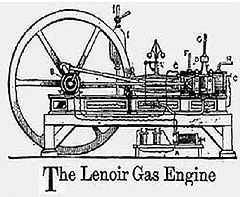 In 1863 the Hippomobile with a hydrogen gas-fuelled one cylinder internal combustion engine made a test drive from Paris
Paris
Paris is the capital and largest city in France, situated on the river Seine, in northern France, at the heart of the Île-de-France region...
to Joinville-le-Pont
Joinville-le-Pont
Joinville-le-Pont is a commune in the southeastern suburbs of Paris, France. It is located from the center of Paris.-History:The commune was created in 1791 under the name La Branche-du-Pont-de-Saint-Maur by detaching its territory from the commune of Saint-Maur-des-Fossés...
, covering about eleven miles in less than three hours.