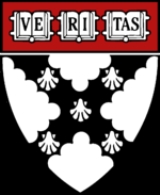 Overview
Harvard Business School (HBS) is the graduate
Graduate school
A graduate school is a school that awards advanced academic degrees with the general requirement that students must have earned a previous undergraduate degree...
business school
Business school
A business school is a university-level institution that confers degrees in Business Administration. It teaches topics such as accounting, administration, economics, entrepreneurship, finance, information systems, marketing, organizational behavior, public relations, strategy, human resource...
of Harvard University
Harvard University
Harvard University is a private Ivy League university located in Cambridge, Massachusetts, United States, established in 1636 by the Massachusetts legislature. Harvard is the oldest institution of higher learning in the United States and the first corporation chartered in the country...
in Boston
Boston
Boston is the capital of and largest city in Massachusetts, and is one of the oldest cities in the United States. The largest city in New England, Boston is regarded as the unofficial "Capital of New England" for its economic and cultural impact on the entire New England region. The city proper had...
, Massachusetts
Massachusetts
The Commonwealth of Massachusetts is a state in the New England region of the northeastern United States of America. It is bordered by Rhode Island and Connecticut to the south, New York to the west, and Vermont and New Hampshire to the north; at its east lies the Atlantic Ocean. As of the 2010...
, United States and is widely recognized as one of the top business schools in the world. The school offers the world's largest full-time MBA program, doctoral programs, and many executive education programs. It owns Harvard Business School Publishing
Harvard Business School Publishing
Harvard Business Publishing was founded in 1994 as a not-for-profit, wholly owned subsidiary of Harvard University. Its mission is to improve the practice of management and its impact in a changing world. The company consists of three market groups: Higher Education, Corporate Learning, and Harvard...
, which publishes business books, online management tools for corporate learning, case studies
Case method
The case method is a teaching approach that consists in presenting the students with a case, putting them in the role of a decision maker facing a problem...
, and the monthly Harvard Business Review
Harvard Business Review
Harvard Business Review is a general management magazine published since 1922 by Harvard Business School Publishing, owned by the Harvard Business School. A monthly research-based magazine written for business practitioners, it claims a high ranking business readership among academics, executives,...
.
Founded in 1908, HBS started with 59 students.

I have a dream of entering Harvard buisiness school. How to plan from under graduate course onwards. Any advice. Thanks in advance.

How to run a successful telesales center for a small business.
More