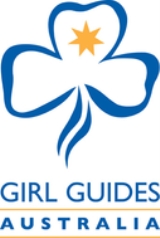 Encyclopedia
Girl Guides Australia is the national Guiding
Girl Guides
A Guide, Girl Guide or Girl Scout is a member of a section of some Guiding organisations who is between the ages of 10 and 14. Age limits are different in each organisation. It is the female-centred equivalent of the Scouts. The term Girl Scout is used in the United States and several East Asian...
organisation in Australia
Australia
Australia , officially the Commonwealth of Australia, is a country in the Southern Hemisphere comprising the mainland of the Australian continent, the island of Tasmania, and numerous smaller islands in the Indian and Pacific Oceans. It is the world's sixth-largest country by total area...
. It provides a girls only space and its mission is to enable girls and young women to grow into confident, self respecting members of the community. Membership is open to all girls and young women from all cultures, faiths and traditions. Founded in 1910, the girls-only organization became a full member of the World Association of Girl Guides and Girl Scouts
World Association of Girl Guides and Girl Scouts
The World Association of Girl Guides and Girl Scouts is a global association supporting the female-oriented and female-only Scouting organizations in 145 countries. It was established in 1928 and has its headquarters in London, England. It is the counterpart of the World Organization of the Scout...
in 1928. It has 30,000 members (as of 2010) including 18,000 youth members, aged 5 to 17. Over a million Australian women are or have been Guides.

I promise to do my best:

To do my duty to God,

to serve the Queen and my country,
To help other people, and

To keep the Guide Law.

The Girl Guides Australia Board in May 2010, passed a recommendation that Members may opt to use an alternative to the current Promise:

I promise that I will do my best:

to do my duty to God and my country;

to help other people; and

to keep the Guide Law.

Other alternatives were also agreed for members of other nationalities.

A Guide is loyal and can be trusted.

A Guide is helpful.

A Guide is polite and considerate.

A Guide is friendly and a sister to all Guides.

A Guide is kind to animals and respects all living things.

A Guide is obedient.

A Guide has courage and is cheerful in all difficulties.

A Guide makes good use of her time.

A Guide takes care of her own possessions and those of other people.

A Guide is self-controlled in all she thinks, says and does.

Guides sell manufactured biscuits to raise money for the organisation. The money raised is spent at a local and national level. The Guide biscuit campaign starts in May each year.

In 2010, Girl Guides Australia celebrated 100 years of Guiding
Guiding 2010 Centenary
The Guiding 2010 Centenary will comprise celebrations around the world in which Girl Guides and Girl Scouts celebrate 100 years of the world Guide and Scout movement....
across Australia. The centenary ran from September 2009 to February 2011.
The source of this article is wikipedia, the free encyclopedia.  The text of this article is licensed under the GFDL.