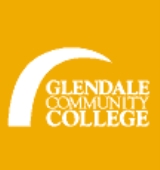 On November 3, 1980, Glendale voters approved a measure to establish separate Boards, with the new board taking office in April 1981. The separation resulted in the creation of a Board of Trustees solely responsible for the governance of the Glendale Community College District. In 1936, 25 acres (10.1 ha) were acquired for the present site of the college. The campus now consists of 100 acres (40.5 ha) and 15 permanent buildings. It is located on the slopes of the San Rafael Hills overlooking the valleys in the Glendale area.

Representative of the City of Glendale, GCC is a diverse college of more than 15,000 students enrolled in credit courses, and over 7,000 more enrolled in non-credit courses. A full account of the college's population can be found at its research and planning office.

Glendale Community College inspired the NBC show Community
Community (TV series)
Community is an American television comedy series created by Dan Harmon that airs on NBC. The series is about a group of students at a community college in the fictional locale of Greendale, Colorado. The series heavily uses meta-humor and pop culture references, often parodying film and television...
which premiered in the fall season of 2009. The show uses the fictional setting of Greendale Community College. However, the show creator has stated that the show was actually based on his experience attending Glendale Community College. Dan Harmon expressed that the show would be a positive reflection on the college since "the flawed characters are coming into it and becoming unflawed by being in this place because it's been underestimated by the system around it."

The list of GCC employees includes Dr. Sid Kolpas, who teaches mathematics
Mathematics
Mathematics is the study of quantity, space, structure, and change. Mathematicians seek out patterns and formulate new conjectures. Mathematicians resolve the truth or falsity of conjectures by mathematical proofs, which are arguments sufficient to convince other mathematicians of their validity...
. Kolpas is part of the Glendale College Scholars Program, the Master Scholars Program (formerly the Alliance for Minority Participation Program), and operates as the Senate Representative of GCC. He was granted the "Distinguished Faculty Award" in 2004, and gave a speech about "The Number 2". He was also awarded a "Peer-Led Team Learning Grant
Grant (money)
Grants are funds disbursed by one party , often a Government Department, Corporation, Foundation or Trust, to a recipient, often a nonprofit entity, educational institution, business or an individual. In order to receive a grant, some form of "Grant Writing" often referred to as either a proposal...
" from the National Science Foundation
National Science Foundation
The National Science Foundation is a United States government agency that supports fundamental research and education in all the non-medical fields of science and engineering. Its medical counterpart is the National Institutes of Health...
for his guidance of the student led "Supplemental Instruction". Dr. Kolpas will be quoted and referenced (along with fellow teacher Steve Marsden), in a statistics book published by Princeton University Press
Princeton University Press
-Further reading:* "". Artforum International, 2005.-External links:* * * * *...
for their infinite multiple integration theory. Kolpas also had his 42nd article published in an April issue of Mathematics Teacher. Dr. John Davitt served as president of Glendale College beginning in the 1980s until the 2000s. He served for 21 years and has been widely recognized in the city of Glendale as well as the entire state of California for all the work he did to promote not only Glendale College, but also community colleges statewide. He retired as the longest serving President of junior colleges in the state of California.