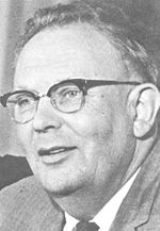 Overview
Gerard Peter Kuiper was a Dutch-American astronomer
Astronomy
Astronomy is a natural science that deals with the study of celestial objects and phenomena that originate outside the atmosphere of Earth...
after whom the Kuiper belt
Kuiper belt
The Kuiper belt , sometimes called the Edgeworth–Kuiper belt, is a region of the Solar System beyond the planets extending from the orbit of Neptune to approximately 50 AU from the Sun. It is similar to the asteroid belt, although it is far larger—20 times as wide and 20 to 200 times as massive...
was named.
Kuiper, the son of a tailor in the village of Tuitjenhorn
Tuitjenhorn
Tuitjenhorn is a town in the Dutch province of North Holland. It is a part of the municipality of Harenkarspel, Tuitjenhorn is the main town of the Harenkarspel municipality. Tuitjenhorn lies about 9 km northwest of Heerhugowaard.In 2001, the town of Tuitjenhorn had 2487 inhabitants...
in North Holland
North Holland
North Holland |West Frisian]]: Noard-Holland) is a province situated on the North Sea in the northwest part of the Netherlands. The provincial capital is Haarlem and its largest city is Amsterdam.-Geography:...
, had an early interest in astronomy. He had extraordinarily sharp eyesight, allowing him to see magnitude
Apparent magnitude
The apparent magnitude of a celestial body is a measure of its brightness as seen by an observer on Earth, adjusted to the value it would have in the absence of the atmosphere...
7.5 stars with the naked eye, about four times fainter than visible to normal eyes. He went to study at Leiden University
Leiden University
Leiden University , located in the city of Leiden, is the oldest university in the Netherlands. The university was founded in 1575 by William, Prince of Orange, leader of the Dutch Revolt in the Eighty Years' War. The royal Dutch House of Orange-Nassau and Leiden University still have a close...
in 1924, where at the time a very large number of astronomers had congregated.

How old was gerard when he wennt to college.
More
x