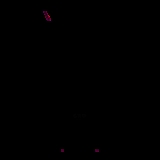 The School took its present name in 1985, honoring George W. Woodruff
George W. Woodruff
George Waldo Woodruff was an engineer, businessman, and philanthropist in Atlanta, Georgia. He attended the Georgia School of Technology in 1917 and gave generously to both his alma mater and Emory University, including George Waldo Woodruff (August 27, 1895 - February 4, 1987 in Atlanta, Georgia)...
(class of 1917), one of its major benefactors.