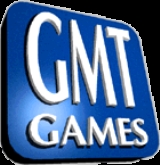 GMT Games, probably the most prolific of the wargame
Wargaming
A wargame is a strategy game that deals with military operations of various types, real or fictional. Wargaming is the hobby dedicated to the play of such games, which can also be called conflict simulations, or consims for short. When used professionally to study warfare, it is generally known as...
companies in the 1990s and 2000s, was founded in 1990. The current management and creative team includes Tony Curtis, Rodger MacGowan, Mark Simonitch, and Andy Lewis. The company has become well known for graphically attractive games that range from "monster games", of many maps and counters, to quite simple games suitable for introducing new players to wargaming. They also produce card games and family games.

GMT's name comes from the first name initials of founders Gene Billingsley, Mike Crane, and Terry Shrum. However, Crane and Shrum soon split acrimoniously with GMT, and founded their own company, the Fresno Gaming Association.

Some of the better-known games produced by GMT Games include: