Encyclopedia
This article concerns the field of psychology
Psychology
Psychology is the study of the mind and behavior. Its immediate goal is to understand individuals and groups by both establishing general principles and researching specific cases. For many, the ultimate goal of psychology is to benefit society...
. The term frustration
Frustration
This article concerns the field of psychology. The term frustration does, however, also concern physics. In this context, the term is treated in a different article, geometric frustration....
does, however, also concern physics
Physics
Physics is a natural science that involves the study of matter and its motion through spacetime, along with related concepts such as energy and force. More broadly, it is the general analysis of nature, conducted in order to understand how the universe behaves.Physics is one of the oldest academic...
. In this context, the term is treated in a different article, geometric frustration.
In psychology, frustration is a common emotional response to opposition. Related to anger
Anger
Anger is an automatic response to ill treatment. It is the way a person indicates he or she will not tolerate certain types of behaviour. It is a feedback mechanism in which an unpleasant stimulus is met with an unpleasant response....
and disappointment
Disappointment
Disappointment is the feeling of dissatisfaction that follows the failure of expectations or hopes to manifest. Similar to regret, it differs in that a person feeling regret focuses primarily on the personal choices that contributed to a poor outcome, while a person feeling disappointment focuses...
, it arises from the perceived resistance to the fulfillment of individual will
Will (philosophy)
Will, in philosophical discussions, consonant with a common English usage, refers to a property of the mind, and an attribute of acts intentionally performed. Actions made according to a person's will are called "willing" or "voluntary" and sometimes pejoratively "willful"...
. The greater the obstruction, and the greater the will, the more the frustration is likely to be. Causes of frustration may be internal or external. In people, internal frustration may arise from challenges in fulfilling personal
Personal
Personal may refer to:* Personal hygiene* Personal identity * Personal web pagePersonal may also refer to:* Personal advertisement, an ad, like a classified ad, generally meant to find romance or friendship...
goals and desires
Desire (philosophy)
In philosophy, desire has been identified as a philosophical problem since Antiquity. In Plato's The Republic, Socrates argues that individual desires must be postponed in the name of the higher ideal....
, instinctual drives and needs, or dealing with perceived deficiencies, such as a lack of confidence
Confidence
Confidence is generally described as a state of being certain either that a hypothesis or prediction is correct or that a chosen course of action is the best or most effective. Self-confidence is having confidence in oneself. Arrogance or hubris in this comparison, is having unmerited...
or fear
Fear
Fear is a distressing negative sensation induced by a perceived threat. It is a basic survival mechanism occurring in response to a specific stimulus, such as pain or the threat of danger...
of social situations. Conflict
Emotional conflict
"Emotional conflicts and the intervention of the unconscious are the classical features of...medical psychology" for C. G. Jung. Equally, 'Freud's concept of emotional conflict as amplified by Anna Freud...Erikson and others is central in contemporary theories of mental disorder in children,...
can also be an internal source of frustration; when one has competing goals that interfere with one another, it can create cognitive dissonance
Cognitive dissonance
Cognitive dissonance is a discomfort caused by holding conflicting ideas simultaneously. The theory of cognitive dissonance proposes that people have a motivational drive to reduce dissonance. They do this by changing their attitudes, beliefs, and actions. Dissonance is also reduced by justifying,...
. External causes of frustration involve conditions outside an individual, such as a blocked road or a difficult task. While coping with frustration, some individuals may engage in passive–aggressive behavior, making it difficult to identify the original cause(s) of their frustration, as the responses are indirect. A more direct, and common response, is a propensity towards aggression.

To the individual experiencing frustration, the emotion is usually attributed to external factors that are beyond his or her control. Although mild frustration due to internal factors (e.g. laziness, lack of effort) is often a positive force (inspiring motivation), it is more often than not a perceived uncontrolled problem that instigates more severe, and perhaps pathological, frustration. An individual suffering from pathological frustration will often feel powerless to change the situation they are in, leading to frustration and, if left uncontrolled, further anger.

Frustration can be a result of blocking motivated behavior. An individual may react in several different ways. He/she may respond with rational problem-solving methods to overcome the barrier. Failing in this, he/she may become frustrated and behave irrationally. An example of blockage of motivational energy would be the case of a worker who wants time off to go fishing but is denied permission by his/her supervisor. Another example would be the executive who wants a promotion but finds he/she lacks certain qualifications. If, in these cases, an appeal to reason does not succeed in reducing the barrier or in developing some reasonable alternative approach, the frustrated individual may resort to less adaptive methods of trying to reach the goal. He/she may, for example, attack the barrier physically
Physical abuse
Physical abuse is abuse involving contact intended to cause feelings of intimidation, injury, or other physical suffering or bodily harm.-Forms of physical abuse:*Striking*Punching*Belting*Pushing, pulling*Slapping*Whipping*Striking with an object...
, verbally
Verbal abuse
Verbal abuse is best described as a negative defining statement told to you or about you; or by withholding any response thus defining the target as non-existant...
or both. 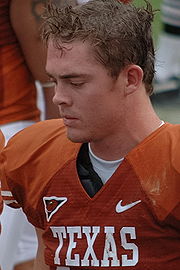 Frustration can be considered a problem–response behavior, and can have a number of effects, depending on the mental health of the individual. In positive cases, this frustration will build until a level that is too great for the individual to contend with, and thus produce action directed at solving the inherent problem. In negative cases, however, the individual may perceive the source of frustration to be outside of their control, and thus the frustration will continue to build, leading eventually to further problematic behavior (e.g. violent reaction).

Stubborn refusal to respond to new conditions affecting the goal, such as removal or modification of the barrier, sometimes occurs. As pointed out by J.A.C. Brown, severe punishment may cause individuals to continue nonadaptive behavior blindly: "Either it may have an effect opposite to that of reward and as such, discourage the repetition of the act, or, by functioning as a frustrating agent, it may lead to fixation and the other symptoms of frustration as well. It follows that punishment is a dangerous tool, since it often has effects which are entirely the opposite of those desired".

The worker who is refused time off may become angry with his supervisor. If he is sufficiently aroused, he may strike out at him. If the supervisor is not present or the worker's fear of the consequences of direct attack is stronger than his desire to attack, he may transfer his aggression elsewhere. Taking his frustration out on others or on some object are typical ways of transferring aggression
Aggression
In psychology, as well as other social and behavioral sciences, aggression refers to behavior between members of the same species that is intended to cause humiliation, pain, or harm. Ferguson and Beaver defined aggressive behavior as "Behavior which is intended to increase the social dominance of...
. Another "solution" to frustration is regressive behavior—becoming childish or reverting to earlier and more primitive ways of coping with the goal barrier. Throwing a temper tantrum, bursting into tears, or sulk
Sulk
Sulk may refer to:*Sulk, an album by the Associates*Sulk , a song by Radiohead...
ing are examples of regression.
The source of this article is wikipedia, the free encyclopedia.  The text of this article is licensed under the GFDL.