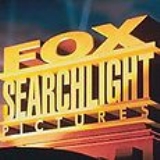 Encyclopedia
Fox Searchlight Pictures, established in 1998, is a film division of Fox Filmed Entertainment alongside the larger Fox studio 20th Century Fox
20th Century Fox
Twentieth Century Fox Film Corporation — also known as 20th Century Fox, or simply 20th or Fox — is one of the six major American film studios...
. It specializes in independent
Independent film
An independent film, or indie film, is a professional film production resulting in a feature film that is produced mostly or completely outside of the major film studio system. In addition to being produced and distributed by independent entertainment companies, independent films are also produced...
and British
Cinema of the United Kingdom
The United Kingdom has had a major influence on modern cinema. The first moving pictures developed on celluloid film were made in Hyde Park, London in 1889 by William Friese Greene, a British inventor, who patented the process in 1890. It is generally regarded that the British film industry...
films, alongside dramedy and horror as well as non-English-language films, and is variously involved with the production and/or distribution of these films.

In the early-to-mid 1980s, prior to the creation of Searchlight, Fox previously released independent films under the banner of 20th Century-Fox International Classics; the most notable of the releases under this banner include Bill Cosby: Himself
Bill Cosby: Himself
Bill Cosby: Himself is a 1983 stand-up comedy film featuring the comedic routines of Bill Cosby. Filmed before a live audience at the Hamilton Place Theatre, in Hamilton, Ontario, Cosby gives the audience his comedic views ranging from marriage to parenthood...
, Reuben, Reuben
Reuben, Reuben
Reuben, Reuben is a 1983 comedy drama film. It stars Tom Conti, Kelly McGillis, Roberts Blossom, Cynthia Harris, and Joel Fabiani.The film was adapted by Julius J. Epstein from the play Spofford by Herman Shumlin, which in turn was adapted from the novel Reuben, Reuben by Peter De Vries. It was...
, and Ziggy Stardust and the Spiders from Mars
Ziggy Stardust and the Spiders from Mars (film)
Ziggy Stardust and the Spiders from Mars is a 1973 documentary and concert movie by D.A. Pennebaker. It features David Bowie and his backing group The Spiders from Mars performing at the Hammersmith Odeon, July 3, 1973...
.

In 2006, a sub-label, Fox Atomic
Fox Atomic
Fox Atomic was a production label of film studio 20th Century Fox created in 2006 to generate comedy and genre films.In 2008, Fox Atomic scaled back its production operations and shut down all marketing divisions...
, was created to produce and/or distribute genre films. Its first release was Turistas
Turistas
Turistas is a 2006 American thriller film directed and produced by John Stockwell. In some regions of the world, such as France, the Republic of Ireland, Malta and the UK, the film has been released under the alternative title Paradise Lost.-Plot:Three young American tourists, Alex , his sister...
. Fox Atomic closed down in 2009.

Fox Searchlight's Slumdog Millionaire
Slumdog Millionaire
Slumdog Millionaire is a 2008 British epic romantic drama adventure film directed by Danny Boyle, written by Simon Beaufoy, and co-directed in India by Loveleen Tandan. It is an adaptation of the novel Q & A by Indian author and diplomat Vikas Swarup...
won the Academy Award for Best Picture
Academy Award for Best Picture
The Academy Award for Best Picture is one of the Academy Awards of Merit presented annually by the Academy of Motion Picture Arts and Sciences to artists working in the motion picture industry. The Best Picture category is the only category in which every member of the Academy is eligible not only...
at the 81st Academy Awards
81st Academy Awards
The 81st Academy Awards ceremony, presented by the Academy of Motion Picture Arts and Sciences , honored the best films of 2008 and took place February 22, 2009, at the Kodak Theatre in Hollywood, Los Angeles beginning at 5:30 p.m. PST / 8:30 p.m. EST...
as well as a further 7 academy awards. Other Fox Searchlight films receiving Best Picture nominations include The Full Monty
The Full Monty
The Full Monty is a 1997 British comedy film directed by Peter Cattaneo, starring Robert Carlyle, Mark Addy, William Snape, Steve Huison, Tom Wilkinson, Paul Barber, and Hugo Speer. The screenplay was written by Simon Beaufoy...
, Sideways
Sideways
Sideways is a 2004 comedy-drama film written by Jim Taylor and Alexander Payne and directed by Payne. Adapted from Rex Pickett's 2004 novel of the same name, Sideways follows two forty-something year old men, portrayed by Paul Giamatti and Thomas Haden Church, who take a week-long road trip to...
, Little Miss Sunshine
Little Miss Sunshine
Little Miss Sunshine is a 2006 American comedy-drama film. The road movie's plot follows a family's trip to a children's beauty pageant.Little Miss Sunshine was the directorial film debut of the husband-wife team of Jonathan Dayton and Valerie Faris. The screenplay was written by first-time writer...
, Juno
Juno (film)
Juno is a 2007 comedy-drama film directed by Jason Reitman and written by Diablo Cody. Ellen Page stars as the title character, an independent-minded teenager confronting an unplanned pregnancy and the subsequent events that put pressures of adult life onto her. Michael Cera, Olivia Thirlby, J. K....
, Black Swan
Black Swan (film)
Black Swan is a 2010 American psychological thriller film directed by Darren Aronofsky and starring Natalie Portman, Vincent Cassel and Mila Kunis. Its plot revolves around a production of Tchaikovsky's Swan Lake ballet by a prestigious New York City company. The production requires a ballerina to...
and 127 Hours
127 Hours
127 Hours is a 2010 biographical adventure drama film co-written, produced and directed by Danny Boyle. The film stars James Franco as mountain climber Aron Ralston, who became trapped by a boulder in Robbers Roost, Utah in April 2003....
.

The Fox Searchlight logo is quite similar to the Twentieth-Century Fox one, and even uses Alfred Newman
Alfred Newman
Alfred Newman was an American composer, arranger, and conductor of music for films.In a career which spanned over forty years, Newman composed music for over two hundred films. He was one of the most respected film score composers of his time, and is today regarded as one of the greatest...
's famous fanfare, originally composed for the studio Twentieth Century , and used in most Twentieth-Century Fox films (notable exceptions include Patton
Patton (film)
Patton is a 1970 American biographical war film about U.S. General George S. Patton during World War II. It stars George C. Scott, Karl Malden, Michael Bates, and Karl Michael Vogler. It was directed by Franklin J. Schaffner from a script by Francis Ford Coppola and Edmund H...
, The Robe
The Robe (film)
The Robe is a 1953 American Biblical epic film that tells the story of a Roman military tribune who commands the unit that crucifies Jesus. The film was made by 20th Century Fox and is notable for being the first film released in the widescreen process CinemaScope.It was directed by Henry Koster...
, The Song of Bernadette
The Song of Bernadette (film)
The Song of Bernadette is a 1943 drama film which tells the story of Saint Bernadette Soubirous, who, from February to July 1858 in Lourdes, France, reported 18 visions of the Blessed Virgin Mary. It was directed by Henry King....
, and The Longest Day
The Longest Day (film)
The Longest Day is a 1962 war film based on the 1959 history book The Longest Day by Cornelius Ryan, about "D-Day", the Normandy landings on 6 June 1944, during World War II....
).
The source of this article is wikipedia, the free encyclopedia.  The text of this article is licensed under the GFDL.