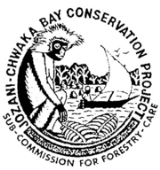 Several definitions have been advanced for the flagship species concept although the concept has for some time been immerse in confusion even in the academic literature. Most of the latest definitions do however focus on the strategic and socio-economical character of the concept, with a recent publication establishing a clear link with the marketing field.


However, more recently, work in the field of microbiology has started to use the concept of flagship species is a distinct way. This work relates to the biogeography of micro-organisms and uses particular species as indicators of endemism since "eyecatching “flagships” with conspicuous size and/or morphology are the best distribution indicators".

Examples of flagship species include the Bengal tiger
Bengal Tiger
The Bengal tiger is a tiger subspecies native to the Indian subcontinent that in 2010 has been classified as endangered by IUCN...
(Panthera tigris), the giant panda
Giant Panda
The giant panda, or panda is a bear native to central-western and south western China. It is easily recognized by its large, distinctive black patches around the eyes, over the ears, and across its round body. Though it belongs to the order Carnivora, the panda's diet is 99% bamboo...
(Ailuropoda melanoleuca), the Golden lion tamarin
Golden Lion Tamarin
The golden lion tamarin also known as the golden marmoset, is a small New World monkey of the family Callitrichidae...
(Leontopithecus rosalia) and the African elephant (Loxodonta sp.).

The flagship species concept appears have become popular around the mid 1980’s within the debate on how to prioritise species for conservation. The first widely available references to use the flagship concept applied it to both neotropical primates and African elephants and rhinos, in the typical mammal centric approach that still dominates how the concept is used today

The use of the concept has been largely dominated by large bodied species, especially mammals, although species from other taxonomic groups have occasionally been used

Flagship species can be selected according to many different characteristics depending on what is valued by the audience they try to target. This is best illustrated by the differences in recommendations made for flagship species selection targeting different target audiences such as local communities. and tourists.

Several limitations have been recognised concerning he use of flagship species:


Other types of conservation flagships