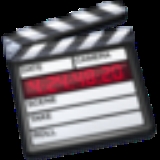 Overview
Final Cut Pro is a non-linear video editing software
Video editing software
Video editing software, is application software which handles the post-production video editing of digital video sequences on a computer non-linear editing systems...
developed by Macromedia Inc.
Macromedia
Macromedia was an American graphics and web development software company headquartered in San Francisco, California that produced such products as Flash and Dreamweaver. Its rival, Adobe Systems, acquired Macromedia on December 3, 2005 and controls the line of Macromedia...
and then Apple Inc. The most recent version, Final Cut Pro X, runs on Mac personal computers powered by Mac OS X
Mac OS X
Mac OS X is a series of Unix-based operating systems and graphical user interfaces developed, marketed, and sold by Apple Inc. Since 2002, has been included with all new Macintosh computer systems...
version 10.6.7 or later and using Intel processors. The software allows users to log and transfer video onto a hard drive (internal or external), where it can be edited, processed, and output to a wide variety of formats.

Since the early 2000s, Final Cut Pro has developed a large and expanding user base, mainly video hobbyists and independent filmmakers.

How do I correct video in my play window if it has been overexposed when it was shot?

I am just starting out with FCP, everything seems to be going fine. A thought, how many FCP editors use aftereffects, the text side of final cut is...
More
x