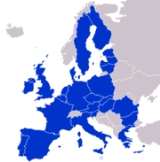 Can you tell me everything about europol organisations
More

The establishment of Europol was agreed to in the 1992 Maastricht Treaty
Maastricht Treaty
The Maastricht Treaty was signed on 7 February 1992 by the members of the European Community in Maastricht, Netherlands. On 9–10 December 1991, the same city hosted the European Council which drafted the treaty...
, officially known as the Treaty on European Union (TEU) that came into effect in November 1993. The agency started limited operations on 3 January 1994, as the Europol Drugs Unit (EDU). In 1998 the Europol Convention was ratified by all the member states and came into force in October. Europol commenced its full activities on 1 July 1999.

Europol allocates its resources (625 staff, of these, approximately 120 Europol liaison officers (ELOs)) from its headquarters in The Hague
The Hague
The Hague is the capital city of the province of South Holland in the Netherlands. With a population of 500,000 inhabitants , it is the third largest city of the Netherlands, after Amsterdam and Rotterdam...
. The size of Europol belies the fact that they are in constant liaison with hundreds of different law enforcement organisations, each with their own individual or group seconded to assist Europol's activities.

Europol's aim is to improve the effectiveness and co-operation between the competent authorities of the member states primarily by sharing and pooling intelligence to prevent and combat serious international organized crime
Organized crime
Organized crime or criminal organizations are transnational, national, or local groupings of highly centralized enterprises run by criminals for the purpose of engaging in illegal activity, most commonly for monetary profit. Some criminal organizations, such as terrorist organizations, are...
. Its mission is to make a significant contribution to the European Union
European Union
The European Union is an economic and political union of 27 independent member states which are located primarily in Europe. The EU traces its origins from the European Coal and Steel Community and the European Economic Community , formed by six countries in 1958...
's law enforcement efforts targeting organized crime.

Europol has no executive powers. It is a support service for the law enforcement agencies
Law enforcement agency
In North American English, a law enforcement agency is a government agency responsible for the enforcement of the laws.Outside North America, such organizations are called police services. In North America, some of these services are called police while others have other names In North American...
of the EU member states. This means that Europol officials are not entitled to conduct investigations in the member states or to arrest
Arrest
An arrest is the act of depriving a person of his or her liberty usually in relation to the purported investigation and prevention of crime and presenting into the criminal justice system or harm to oneself or others...
suspects. In providing support, Europol with its tools information exchange, intelligence analysis, expertise and training can contribute to the executive measures carried out by the relevant national authorities.

Europol is a multi-disciplinary agency, comprising not only regular police officer
Police officer
A police officer is a warranted employee of a police force...
s but staff members from the member states' various law enforcement agencies: customs
Customs
Customs is an authority or agency in a country responsible for collecting and safeguarding customs duties and for controlling the flow of goods including animals, transports, personal effects and hazardous items in and out of a country...
, immigration services, border
Border guard
The border guard, frontier guard, border patrol, border police, or frontier police of a country is a national security agency that performs border control, i.e., enforces the security of the country's national borders....
and financial police, etc. Secondly, Europol helps to overcome the language barriers in international police co-operation. Any law enforcement officer from a member state can address a request to their Europol National Unit (ENU) in her/his mother tongue and receive the answer back in this language.

Three different levels of co-operation are possible: The first one is technical co-operation or to provide training. The next step is strategic co-operation aimed at exchanging general trends in organised crime and how to fight it and the exchange of threat assessments. The top level of co-operation includes the exchange of personal data and requires the fulfilment of Europol's standards in the field of data protection and data security
Data security
Data security is the means of ensuring that data is kept safe from corruption and that access to it is suitably controlled. Thus data security helps to ensure privacy. It also helps in protecting personal data. Data security is part of the larger practice of Information security.- Disk Encryption...
.

Germany, with its federal organisation of police forces, had long been in favour of a supranational police organisation at EC level. It tabled a surprise proposal to establish a European Police Office to the European Council meeting in Luxembourg in June 1991. By that December, the Intergovernmental Conference was coming to an end and the member states had pledged themselves to establishing Europol through Article K.1(9) of the Maastricht Treaty
Maastricht Treaty
The Maastricht Treaty was signed on 7 February 1992 by the members of the European Community in Maastricht, Netherlands. On 9–10 December 1991, the same city hosted the European Council which drafted the treaty...
. Europol was given the modest role of establishing ‘a Union-wide system for exchanging information’ amongst EU police forces.
Delays in ratifying the Maastricht Treaty led to TREVI
TREVI
TREVI was an intergovernmental network - or forum - of national officials from ministries of justice and the interior in the European Community created during the European Council Summit in Rome, 1–2 December 1975...
ministers agreeing a "Ministerial Agreement on the Europol Drugs Unit" in June 1993. This intergovernmental agreement, outside of EU law
European Union law
European Union law is a body of treaties and legislation, such as Regulations and Directives, which have direct effect or indirect effect on the laws of European Union member states. The three sources of European Union law are primary law, secondary law and supplementary law...
, led to the establishment of a small team headed by Jürgen Storbeck, a senior German police
German Federal Police
The Bundespolizei is a uniformed federal police force in Germany. It is subordinate to the Federal Ministry of the Interior...
officer who initially operated from some temporary cabins in a Strasbourg suburb (shared with personnel of the Schengen Information System
Schengen Information System
The Schengen Information System , is a governmental database used by European countries to maintain and distribute information on individuals and pieces of property of interest. The intended uses of this system are for national security, border control and law enforcement purposes...
) while more permanent arrangements were made.

Once the Maastricht Treaty had come into effect, the slow process of negotiating and ratifying a Europol Convention began. In the meantime, the Europol Drugs Unit (EDU) had its powers extended twice, in March 1995 and again in December 1996 to included a range of trafficking
Smuggling
Smuggling is the clandestine transportation of goods or persons, such as out of a building, into a prison, or across an international border, in violation of applicable laws or other regulations.There are various motivations to smuggle...
offences in its remit. During this period, information amongst officers could only be exchanged bilaterally, with a central database to be established once the Europol Convention was ratified. The Europol Convention finally came into effect in October 1998 after ratification by all 15 EU national parliaments though some outstanding legal issues (primarily data protection supervision and judicial supervision) ensured it could not formally take up duties until July 1999.

Europol is politically accountable to the Justice and Home Affairs Council via the Europol Management Board. The Council controls the appointment of Europol's Director and Deputy Directors. It also controls Europol's budget, financed from member state contributions, rather than the EU budget and any legislative instruments it deems necessary for Europol. The Europol Management Board is staffed with Interior Ministry officials with one representative from every participating member state. It meets at least twice per year and exercises political control over more routine staffing and budgetary matters, amongst other things. The Joint Supervisory Body oversees data protection in Europol and has two representatives from each participating state's data protection supervisory body.

The European Court of Justice
European Court of Justice
The Court can sit in plenary session, as a Grand Chamber of 13 judges, or in chambers of three or five judges. Plenary sitting are now very rare, and the court mostly sits in chambers of three or five judges...
has minimal jurisdiction over Europol with its remit extending only to limited interpretation of the Europol Convention.