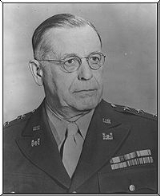 Reybold was born in Delaware City, Delaware
Delaware City, Delaware
Delaware City is a city in New Castle County, Delaware, United States. The population was 1,695 at the 2010 census. It is a small port town on the eastern terminus of the Chesapeake and Delaware Canal and is the location of the ferry to Fort Delaware on Pea Patch Island.-Geography:Delaware City is...
. He graduated from Delaware College in 1903. Commissioned in the Coast Artillery Corps in 1908, Reybold was assigned to military housing and coast defense construction work. Stationed at Fort Monroe
Fort Monroe
Fort Monroe was a military installation in Hampton, Virginia—at Old Point Comfort, the southern tip of the Virginia Peninsula...
throughout World War I
World War I
World War I , which was predominantly called the World War or the Great War from its occurrence until 1939, and the First World War or World War I thereafter, was a major war centred in Europe that began on 28 July 1914 and lasted until 11 November 1918...
, he became commandant of the Coast Artillery School in 1919. He transferred to the Corps of Engineers in 1926 and served as District Engineer in Buffalo, New York
Buffalo, New York
Buffalo is the second most populous city in the state of New York, after New York City. Located in Western New York on the eastern shores of Lake Erie and at the head of the Niagara River across from Fort Erie, Ontario, Buffalo is the seat of Erie County and the principal city of the...
; Wilmington, North Carolina
Wilmington, North Carolina
Wilmington is a port city in and is the county seat of New Hanover County, North Carolina, United States. The population is 106,476 according to the 2010 Census, making it the eighth most populous city in the state of North Carolina...
; and Memphis, Tennessee
Memphis, Tennessee
Memphis is a city in the southwestern corner of the U.S. state of Tennessee, and the county seat of Shelby County. The city is located on the 4th Chickasaw Bluff, south of the confluence of the Wolf and Mississippi rivers....
. In the last assignment he successfully battled record Mississippi River
Mississippi River
The Mississippi River is the largest river system in North America. Flowing entirely in the United States, this river rises in western Minnesota and meanders slowly southwards for to the Mississippi River Delta at the Gulf of Mexico. With its many tributaries, the Mississippi's watershed drains...
flood crests. He was Southwestern Division Engineer (1937–40) and War Department Assistant Chief of Staff, G-4 (1940–41). Appointed Chief of Engineers shortly before Pearl Harbor
Pearl Harbor
Pearl Harbor, known to Hawaiians as Puuloa, is a lagoon harbor on the island of Oahu, Hawaii, west of Honolulu. Much of the harbor and surrounding lands is a United States Navy deep-water naval base. It is also the headquarters of the U.S. Pacific Fleet...
, General Reybold directed the Corps' tremendous range of activities throughout the war and was the first officer ever to rank as lieutenant general
Lieutenant General
Lieutenant General is a military rank used in many countries. The rank traces its origins to the Middle Ages where the title of Lieutenant General was held by the second in command on the battlefield, who was normally subordinate to a Captain General....
while Chief of Engineers. Reybold retired January 31, 1946, and died November 21, 1961, in Washington, D.C.