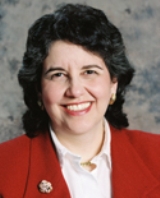 Prior to her appointment, Weintraub was Of Counsel to Perkins Coie
Perkins Coie
Perkins Coie is an international law firm based in Seattle, Washington. It has been listed on the Fortune Magazine "100 Best Places to Work in America" for the past nine years. It is noted for its intellectual property, Labor and Employment, and Products Liability practice groups, and for its...
LLP and a member of its Political Law Group. There, she counseled clients on federal and state campaign finance laws, political ethics, nonprofit law, and lobbying regulation. During the election contest arising out of the 1996 election of Senator Mary Landrieu
Mary Landrieu
Mary Loretta Landrieu is the senior United States Senator from the State of Louisiana and a member of the Democratic Party.Born in Arlington, Virginia, Landrieu was raised in New Orleans, Louisiana...
(D-LA), Weintraub served on the legal team that advised the Senate Rules Committee. Her tenure with Perkins Coie represented Weintraub’s second stint in private practice, as she previously practiced as a litigator with the New York firm of Cahill Gordon & Reindel
Cahill Gordon & Reindel
Cahill Gordon & Reindel LLP is a prominent New York-based international law firm with offices in New York, Washington, D.C. and London...
.