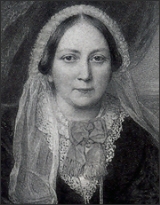 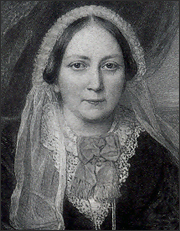 East Lynne is an English sensation novel
Sensation novel
The sensation novel was a literary genre of fiction popular in Great Britain in the 1860s and 1870s, following on from earlier melodramatic novels and the Newgate novels, which focused on tales woven around criminal biographies, also descend from the gothic and romantic genres of fiction...
of 1861 by Ellen Wood
Ellen Wood (author)
Ellen Wood , was an English novelist, better known as "Mrs. Henry Wood". She is best known for her 1861 novel East Lynne.-Life:...
. East Lynne was a Victorian bestseller
Bestseller
A bestseller is a book that is identified as extremely popular by its inclusion on lists of currently top selling titles that are based on publishing industry and book trade figures and published by newspapers, magazines, or bookstore chains. Some lists are broken down into classifications and...
. It is remembered chiefly for its elaborate and implausible plot, centering on infidelity and double identities. There have been numerous stage and film adaptations.

Lady Isabel Carlyle, a beautiful and refined young woman, leaves her hard-working but neglectful lawyer-husband and her infant children to elope with an aristocratic suitor. After he deserts her, and she bears their illegitimate child, Lady Isabel disguises herself and takes the position of governess in the household of her former husband and his new wife.

East Lynne has been adapted for the stage many times; the play was so popular that stock companies put on a performance whenever they needed guaranteed revenue. The play was staged so often that critic Sally Mitchell estimates some version was seen by audiences in either England or North America every week for over forty years.

The novel was first staged on 26 January 1863 in Brooklyn; by March of that year, "three competing versions were drawing crowds to New York theaters." The most successful version was written by Clifton W. Tayleur for actress Lucille Western, who was paid $350 a night for her performance as Isabel Vane. Western starred in East Lynne for the next 10 years. At least nine adaptations were made in all, not including plays such as The Marriage Bells that "used a different title for the sake of some copyright protection."

There have been many silent film versions of the book. One of them, starring Theda Bara
Theda Bara
Theda Bara , born Theodosia Burr Goodman, was an American silent film actress – one of the most popular of her era, and one of cinema's earliest sex symbols. Her femme fatale roles earned her the nickname "The Vamp" . The term "vamp" soon became a popular slang term for a sexually predatory woman...
, was made in 1916
East Lynne (1916 film)
East Lynne is a 1916 silent drama film directed by Bertram Bracken and starring Theda Bara. It is based on the novel of the same name. A print of this film survives in the film archives of the Museum of Modern Art.-Cast:* Theda Bara - Lady Isabel Carlisle...
. In 1925, another version reached the screen which starred Alma Rubens
Alma Rubens
Alma Rubens was an American silent film actress and stage performer.-Early life:Born to John B. and Theresa Hayes Rueben in San Francisco, California, she performed since youth and became a star at the age of 19. She was educated at the Sacred Heart Convent in San Francisco...
, Edmund Lowe
Edmund Lowe
Edmund Dantes Lowe was an American actor. His formative experience began in vaudeville and silent film. He was born in San Jose, California.-Film career:...
, Lou Tellegen
Lou Tellegen
Lou Tellegen was a Dutch-born silent film and stage actor, director and screenwriter. -Early life:...
and Leslie Fenton
Leslie Fenton
Leslie Fenton was an English-born American actor and film director. He appeared in 62 films between 1923 and 1945....
. The story has been refilmed as recently as 1982, in a BBC
BBC
The British Broadcasting Corporation is a British public service broadcaster. Its headquarters is at Broadcasting House in the City of Westminster, London. It is the largest broadcaster in the world, with about 23,000 staff...
made-for-television production starring Lisa Eichhorn
Lisa Eichhorn
Lisa Eichhorn is an American actress, writer and producer. She made her film debut in 1979 in the John Schlesinger film Yanks for which she received two Golden Globe nominations...
. In the 1970s a further TV dramatisation was broadcast from The City Varieties Theatre in Leeds, with the audience all in Victorian costume and Queen Victoria in The Royal Box. The famous TV host of The Good Old Days, Leonard Sachs, was present to introduce the proceedings.

A film version of East Lynne was nominated for the Academy Award for Best Picture
Academy Award for Best Picture
The Academy Award for Best Picture is one of the Academy Awards of Merit presented annually by the Academy of Motion Picture Arts and Sciences to artists working in the motion picture industry. The Best Picture category is the only category in which every member of the Academy is eligible not only...
in 1931. The movie was adapted from the novel by Tom Barry
Tom Barry (screenwriter)
Tom Barry was a vaudeville sketch writer, playwright and screenwriter. In 1929 he was nominated for two Oscars for Best Screenplay, for "In Old Arizona" and "The Valiant"....
and Bradley King
Bradley King
Bradley King was an American screenwriter and the wife of a director John Griffith Wray. She wrote a script to 56 films.- Selected filmography :* Anna Christie * Drag * Son of the Gods * Maid of Salem...
and directed by Frank Lloyd
Frank Lloyd
Frank Lloyd was a film director, scriptwriter and producer...
. The film is a melodrama starring Ann Harding
Ann Harding
Ann Harding was an American theatre, motion picture, radio, and television actress.-Early years:Born Dorothy Walton Gatley at Fort Sam Houston in San Antonio, Texas, to George G. Gatley and Elizabeth "Bessie" Crabb. The daughter of a career army officer, she traveled often during her early life...
, Clive Brook, Conrad Nagel
Conrad Nagel
Conrad Nagel was an American screen actor and matinee idol of the silent film era and beyond. He was also a well-known television actor and radio performer.-Biography:...
and Cecilia Loftus
Cecilia Loftus
Cecilia "Cissie" or "Cissy" Loftus was a Scottish actress, singer, mimic, vaudevillian and music hall performer in the late 19th and early 20th centuries.-Family:...
. Only one copy of the film is known to exist.