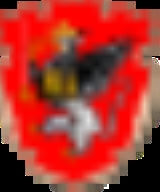 Encyclopedia
The Dorpat Voivodeship was a unit of administrative division and local government in the Duchy of Livonia, part of the Polish-Lithuanian Commonwealth
Polish-Lithuanian Commonwealth
The Polish–Lithuanian Commonwealth was a dualistic state of Poland and Lithuania ruled by a common monarch. It was the largest and one of the most populous countries of 16th- and 17th‑century Europe with some and a multi-ethnic population of 11 million at its peak in the early 17th century...
, from 1598 till the Swedish
Swedish Empire
The Swedish Empire refers to the Kingdom of Sweden between 1561 and 1721 . During this time, Sweden was one of the great European powers. In Swedish, the period is called Stormaktstiden, literally meaning "the Great Power Era"...
conquest of Livonia in the 1620s.

The seat of the voivode was Dorpat (Tartu
Tartu
Tartu is the second largest city of Estonia. In contrast to Estonia's political and financial capital Tallinn, Tartu is often considered the intellectual and cultural hub, especially since it is home to Estonia's oldest and most renowned university. Situated 186 km southeast of Tallinn, the...
). Voivodes of Dorpat included Kasper Doenhoff (1627–1634), Gothard Jan Tyzenhauz (1634–1640), Andrzej Leszczyński (1606–1651).

The voivodes of Dorpat Voivodeship.