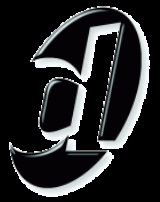 Encyclopedia
Avid Audio is an American digital audio
Digital audio
Digital audio is sound reproduction using pulse-code modulation and digital signals. Digital audio systems include analog-to-digital conversion , digital-to-analog conversion , digital storage, processing and transmission components...
technology company. It was founded in 1984 by Peter Gotcher and Evan Brooks. The company began as a project to raise money for the founders' band, selling EPROM
EPROM
An EPROM , or erasable programmable read only memory, is a type of memory chip that retains its data when its power supply is switched off. In other words, it is non-volatile. It is an array of floating-gate transistors individually programmed by an electronic device that supplies higher voltages...
chips for drum machines. It is a subsidiary of Avid
AVID
AVID stands for:* Advancement Via Individual Determination, a college-readiness system designed to increase the number of students who enroll in four-year colleges in the U.S....
Technology, and during 2010 the Digidesign brand was be phased out. Avid Audio products will continue to be produced and will now carry the Avid brand name.

Pro Tools|HD required a Digidesign TDM system and interface, and was intended for professional recording studios. Pro Tools LE was a complete package intended for home users and some post-production facilities. The package included the Pro Tools LE software and hardware such as the M-Box 2 or Digi 003. Pro Tools M-Powered was simply the Pro Tools application adapted to run on M-Audio hardware, and generally comparable in power to an LE system.

In 2010, these various editions of Pro Tools were mostly abandoned and it is now being sold by Avid as a singular software product, with the level of functionality dependent on the hardware chosen by the user.

Digidesign also made a number of products for the Pro Tools platform, including several software plug-ins. They also manufacture a wide variety of hardware add-ons for Pro Tools, such as audio interfaces, MIDI interfaces, Synchronizers
Synchronizer (film editing)
A film synchronizer is a device used in the editing phase of filmmaking.Film synchronizers generally have 1 to 8 "gang", or slots through which film can be threaded. Each gang consists of a group of large diameter sprockets on a common shaft. A rotating knob on the front, which moves the threaded...
, and control surfaces
Electronic mixer
An electronic mixer is a device that combines two or more electrical or electronic signals into one or two composite output signals. There are two basic circuits that both use the term mixer, but they are very different types of circuits: additive mixers and multiplying mixers...
. In the spring of 2005 they introduced a system for live sound mixing
Live sound mixing
Live sound mixing is the art of combining and processing a number of audio signals together to create a "mix" that the audience or performers at a live show hear. There can be a variety of different mixes required, depending on the performance requirements...
called VENUE
Venue (sound system)
Venue is a brand of live sound digital mixing consoles introduced by Digidesign in February 2005. The system now includes three different consoles and a number of ways they can be configured. They can all be connected to Pro Tools, the audio editing software also created by Avid/Digidesign, to...
. 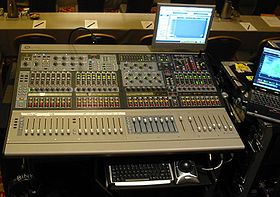 Digidesign Software was developed by UC Berkeley Graduate, Peter Gotcher and his friend Evan Brooks, both double majors in electrical engineering and computer science at Berkeley.

The first incarnation of today's Pro Tools started life in 1984 as Sound Designer, while the pair were creating and selling drum sound chips under their Digidrums label. Sound Designer was originally designed to edit sounds for the E-MU Emulator sampling keyboard.

Gotcher and Brooks discussed with E-MU Systems
E-mu Systems
E-mu Systems, Inc. is a synthesizer maker and pioneer in samplers and low-cost digital sampling music workstations.-History:Founded in 1971 by Scott Wedge and Dave Rossum, E-mu began making modular synthesizers...
the possibility of integrating their renamed 'Sound Tools' software into the Emulator III keyboard released in 1987, however E-MU rejected this option and Gotcher and Brooks went on to start DigiDrums.

Sound Tools was debuted on January 20, 1989 at NAMM (National Association of Music Merchandisers). At this stage Sound Tools was a simple computer based stereo audio editor. Although the software had the possibility to do far more it was limited by the hard drive technology, which was used to stream the audio and allow for the non-destructive editing that Sound Tools offered.

The first version of Pro Tools was launched in 1991 offering 4 tracks and selling for US$6,000, Digidesign continued to improve Pro Tools, adding a sequencer and more tracks with the system offering recording at 16bit 44.1 kHz. In 1997 Pro Tools had eventually reached 24bit, 48 track versions. It was at this point that the migration from more conventional studio technology to the Pro Tools platform took place within the industry.