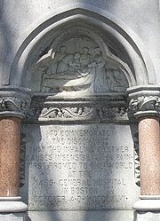 Overview
Diethyl ether, also known as ethyl ether, simply ether, or ethoxyethane, is an organic compound
Organic compound
An organic compound is any member of a large class of gaseous, liquid, or solid chemical compounds whose molecules contain carbon. For historical reasons discussed below, a few types of carbon-containing compounds such as carbides, carbonates, simple oxides of carbon, and cyanides, as well as the...
in the ether
Ether
Ethers are a class of organic compounds that contain an ether group — an oxygen atom connected to two alkyl or aryl groups — of general formula R–O–R'. A typical example is the solvent and anesthetic diethyl ether, commonly referred to simply as "ether"...
class with the formula . It is a colorless, highly volatile
Volatility (chemistry)
In chemistry and physics, volatility is the tendency of a substance to vaporize. Volatility is directly related to a substance's vapor pressure. At a given temperature, a substance with higher vapor pressure vaporizes more readily than a substance with a lower vapor pressure.The term is primarily...
flammable liquid
Flammable liquid
Generally, a flammable liquid is a liquid that can catch fire.In the USA, there is a precise definition of flammable liquid as one with a flash point below 100 degrees Fahrenheit. Less-flammable liquids are defined as combustible liquids...
with a characteristic odor. It is commonly used as a solvent
Solvent
A solvent is a liquid, solid, or gas that dissolves another solid, liquid, or gaseous solute, resulting in a solution that is soluble in a certain volume of solvent at a specified temperature...
and was once used as a general anesthetic.
The compound may have been created by either Jābir ibn Hayyān in the 8th century or Raymundus Lullus
Ramon Llull
Ramon Llull was a Majorcan writer and philosopher, logician and tertiary Franciscan. He wrote the first major work of Catalan literature. Recently-surfaced manuscripts show him to have anticipated by several centuries prominent work on elections theory...
in 1275, although there is no contemporary evidence of this.

What starter fluids contain the highest percentage of diethyl ether, and what is the percentage
More