Hi, my name is Sandie and I live on the East Coast of NSW, in Australia. A couple of weeks ago I was given a clock that is mounted in the center of a...

A dear friend of mine has agipsy Major prop on his wall which he refurbishe to a very high standard. There are various letters and numbers engraved o...
More

Examples of the Gipsy Major are on display at the following museums: 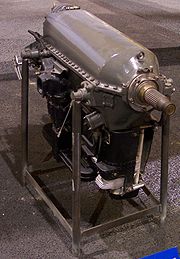