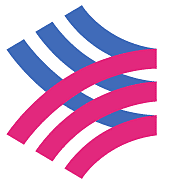 Dao Heng Bank Group Limited (former stock code: ) was a bank
Bank
A bank is a financial institution that serves as a financial intermediary. The term "bank" may refer to one of several related types of entities:...
in Hong Kong
Hong Kong
Hong Kong is one of two Special Administrative Regions of the People's Republic of China , the other being Macau. A city-state situated on China's south coast and enclosed by the Pearl River Delta and South China Sea, it is renowned for its expansive skyline and deep natural harbour...
and it had two subsidiaries before acquisition
Takeover
In business, a takeover is the purchase of one company by another . In the UK, the term refers to the acquisition of a public company whose shares are listed on a stock exchange, in contrast to the acquisition of a private company.- Friendly takeovers :Before a bidder makes an offer for another...
, Dao Heng Bank Limited and Overseas Trust Bank Limited.

Dao Heng Bank was established in Hong Kong in 1921. It was acquired by Guoco Group
Guoco Group
Guoco Group Limited is an investment holding company. The principal activities of its subsidiaries and associated companies include investment and treasury management, property development and investment, stock and commodity broking, insurance, investment advisory, fund management as well as...
(a member of the Hong Leong Group
Hong Leong Group
Hong Leong Group is a conglomerate based in Malaysia. Founded as a trading company in 1963 by Tan Sri Quek Leng Chan, the company controls 14 listed companies involved in the financial services, manufacturing, distribution, property and infrastructure development...
) in 1982 and was listed on the Hong Kong Stock Exchange
Hong Kong Stock Exchange
The Hong Kong Stock Exchange is a stock exchange located in Hong Kong. It is Asia's third largest stock exchange in terms of market capitalization behind the Tokyo Stock Exchange and the Shanghai Stock Exchange and fifth largest in the world...
in 1983. In 1989, it acquired Hang Lung Bank
Hang Lung Bank
Hang Lung Bank was a bank in Hong Kong. It is now merged to DBS Bank .On September 1982, a bank run happened on Hang Lung Bank after the collapse of Che Lee Yuen Jewellery & Goldsmith Company and the spread of rumours. But the run subsided on the second day...
from the Hong Kong Government. In 1993, it acquired Overseas Trust Bank from the Hong Kong Government. In 1999, it joined to be Hang Seng Index Constituent Stocks (blue chip). In 2001, Singaporean
Singapore
Singapore , officially the Republic of Singapore, is a Southeast Asian city-state off the southern tip of the Malay Peninsula, north of the equator. An island country made up of 63 islands, it is separated from Malaysia by the Straits of Johor to its north and from Indonesia's Riau Islands by the...
DBS Bank
DBS Bank
DBS Bank Ltd is a bank incorporated in Singapore. It was previously known as The Development Bank of Singapore Limited, before the present name was adopted in July 2003 to reflect its changing role as a regional bank....
acquired Dao Heng Bank from Guoco Group, then privatized and delisted it. In 2003, DBS Bank merged Dao Heng Bank, DBS Kwong On Bank and Overseas Trust Bank to form DBS Bank (Hong Kong) Limited.
The source of this article is wikipedia, the free encyclopedia.  The text of this article is licensed under the GFDL.