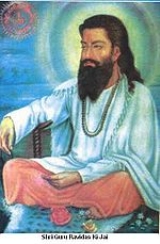 Overview
Dalit is a designation for a group of people traditionally regarded as Untouchable
Untouchability
Untouchability is the social practice of ostracizing a minority group by segregating them from the mainstream by social custom or legal mandate. The excluded group could be one that did not accept the norms of the excluding group and historically included foreigners, nomadic tribes, law-breakers...
. Dalits are a mixed population, consisting of numerous castes from all over South Asia; they speak a variety of languages and practice a multitude of religions

While the discrimination based on caste system
Caste system in India
The Indian caste system is a system of social stratification and social restriction in India in which communities are defined by thousands of endogamous hereditary groups called Jātis....
(not the caste system itself) has been abolished under the Indian constitution, evidence exists that there is still discrimination and prejudice against Dalits in South Asia.

I need some fact and data on dalits in madhya pradesh region.

What are passi(caste) in azamgarh,UP and where they stands? On the what basis they differentiated into passi's means as jatav's are chamar and their w...
More
x