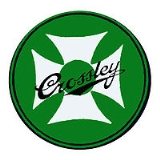 Have Crossley engines been used in Canal Narrowboats and has any one any photos they could let me have please.
More

Crossley Brothers, originally manufacturers of textile machinery and rubber processing plant, began the licensed manufacture of the Otto internal combustion engine before 1880. The firm started car production in 1903, building around 650 vehicles in their first year.

The company was originally created as a division of engine builders Crossley Brothers, but from 1910 became a stand-alone company. Although founded as a car maker, they were major suppliers of vehicles to British forces during the First World War, and in the 1920s moved into bus manufacture. With re-armament in the 1930s, car-making was run down, and stopped completely in 1936. During the Second World War output was again concentrated on military vehicles. Bus production resumed in 1945 but no more cars were made. The directors decided in the late 1940s that the company was too small to survive alone and agreed a take over by AEC. Production at the Crossley factories finally stopped in 1958.

Crossley Motors Ltd was first registered on 11 April 1906 (and re-registered with a different company number in 1910) as the vehicle manufacturing arm of Crossley Brothers. The first car was actually built in 1904 and exhibited at the Paris Motor Show in 1905, but the parent company saw a future for these new machines and decided a separate company was required.

In 1920 Crossley Motors bought 34,283 (68.5%) of the 50,000 issued shares of the nearby A V Roe and Company – better known as Avro
Avro
Avro was a British aircraft manufacturer, with numerous landmark designs such as the Avro 504 trainer in the First World War, the Avro Lancaster, one of the pre-eminent bombers of the Second World War, and the delta wing Avro Vulcan, a stalwart of the Cold War.-Early history:One of the world's...
. Crossley took over Avro's car manufacturing business but Avro continued its aircraft manufacturing operations independently. Crossley had to sell their shares in Avro to Armstrong Siddeley
Armstrong Siddeley
Armstrong Siddeley was a British engineering group that operated during the first half of the 20th century. It was formed in 1919 and is best known for the production of luxury motor cars and aircraft engines.-Siddeley Autocars:...
in 1928 to pay for the losses incurred in Willys Overland Crossley
Willys Overland Crossley
Willys Overland Crossley was a company jointly owned by Crossley Motors and Willys-Overland. They had factories in Stockport, England, Berlin, Germany and Antwerp, Belgium. The company was formed in 1919 and continued until 1934...
.

After the Second World War the directors decided that the company was not large enough to prosper and looked for a partner. This resulted in a take over by Associated Equipment Company (AEC). Production of the Crossley range of vehicles continued at the Stockport plant until 1952. After that date the production was of badge-engineered
Badge engineering
Badge engineering is an ironic term that describes the rebadging of one product as another...
AEC designs until the factory closed in 1958. Although no longer trading, the company was never formally wound up. In 1969 AEC's new owner, British Leyland, restarted the company with a new name – Leyland National
Leyland National
The Leyland National is a British single-deck bus built in large quantities between 1972 and 1985. It was developed as a joint project between two UK nationalised industries - the National Bus Company and British Leyland. Buses were constructed at a specially built factory at the Lillyhall...
– and production of single-decker buses recommenced.

In 1948 Crossley Motors was taken over by AEC. AEC's parent company changed its name to Associated Commercial Vehicles Ltd and Crossley became a division of this. The last Crossley chassis was made in 1952 with deliveries of buses to Colchester and Rotherham but bus body production continued until 1958. The factory was sold in 1959.

With the steady increase in vehicle production, the limits of the Gorton site were in turn soon reached, and in 1914 a further 48 acre (194,000 m²) site was bought in Heaton Chapel, Stockport
Stockport
Stockport is a town in Greater Manchester, England. It lies on elevated ground southeast of Manchester city centre, at the point where the rivers Goyt and Tame join and create the River Mersey. Stockport is the largest settlement in the metropolitan borough of the same name...
which became the Errwood Park Works. Construction of the new factory started in 1915, and although intended to relieve congestion on the old site, it was rapidly given over to war work. The western half of the site, built in 1917, but only managed by Crossley Motors, became National Aircraft Factory No. 2
National Aircraft Factory No. 2
National Aircraft Factory No. 2 was a World War I UK government owned aircraft factory located at Heaton Chapel, Stockport. It produced over 450 warplanes during 1918/19.-Management:...
. In 1919, this factory was bought from the government and became the Willys Overland Crossley
Willys Overland Crossley
Willys Overland Crossley was a company jointly owned by Crossley Motors and Willys-Overland. They had factories in Stockport, England, Berlin, Germany and Antwerp, Belgium. The company was formed in 1919 and continued until 1934...
plant, but was eventually sold to Fairey Aviation
Fairey Aviation
The Fairey Aviation Company Limited was a British aircraft manufacturer of the first half of the 20th century based in Hayes in Greater London and Heaton Chapel and RAF Ringway in Greater Manchester...
in 1934. In 1938, the eastern side became another aircraft factory, this time managed by Fairey, and after the Second World War it became the final home of Crossley Motors. Re-armament work caused the search for more space and in 1938 a factory was opened in Greencroft Mill, Hyde
Hyde, Greater Manchester
Hyde is a town in the Metropolitan Borough of Tameside, Greater Manchester, England. As of the 2001 census, the town had a population of 31,253. Historically part of Cheshire, it is northeast of Stockport, west of Glossop and east of Manchester....
, about 3 miles (4.8 km) east of Errwood Park. 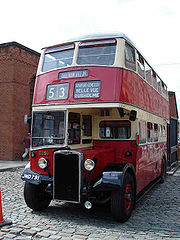 Production of the first cars was on a small scale but from 1909 when a new range was introduced it rapidly built up. In that year the 20 hp was introduced (later called the 20/25) and this was taken up by the British War Office and from 1913 it was ordered for the new Royal Flying Corps (RFC). The outbreak of the First World War resulted in a rapid expansion of the RFC, and by 1918 they had over 6,000 of the vehicles with staff car
Staff car
A staff car is a vehicle used by a senior military officer, and is part of their country's white fleet. The term is most often used in relation to the United Kingdom where they were first used in quantity during World War I, examples being the Vauxhall D-type and Crossley 20/25.Staff cars are...
, tender (light truck), and ambulance bodies.

Crossley 25/30 hp Tenders were utilised by the British Army
British Army
The British Army is the land warfare branch of Her Majesty's Armed Forces in the United Kingdom. It came into being with the unification of the Kingdom of England and Scotland into the Kingdom of Great Britain in 1707. The new British Army incorporated Regiments that had already existed in England...
in Ireland from 1919 until their withdrawal in 1922. The Irish Army
Irish Army
The Irish Army, officially named simply the Army is the main branch of the Defence Forces of Ireland. Approximately 8,500 men and women serve in the Irish Army, divided into three infantry Brigades...
continued to use them for troop transport throughout the Civil War period
Irish Civil War
The Irish Civil War was a conflict that accompanied the establishment of the Irish Free State as an entity independent from the United Kingdom within the British Empire....
, but they were worked hard and appeared to have received little care: of 454 originally supplied, only 57 were in service by 1926 with a further 66 being overhauled or repaired. The 20/25 model was also the first vehicle to be supplied to London's Metropolitan Police
Metropolitan police
Metropolitan Police is a generic title for the municipal police force for a major metropolitan area, and it may be part of the official title of the force...
Flying Squad
Flying Squad
The Flying Squad is a branch of the Specialist Crime Directorate, within London's Metropolitan Police Service. The Squad's purpose is to investigate commercial armed robberies, along with the prevention and investigation of other serious armed crime...
in 1920, some of which were fitted with radio equipment.

Car production resumed after the First World War and a new model, the 19.6, was launched in 1921 and joined in 1922 by the smaller 2.4 litre 14 hp model that would become the company's best seller. The 19.6 was replaced by the 2.7 litre 18/50 in 1925 fitted with Crossley's first six-cylinder engine and this was enlarged in 1927 to 3.2 litres in the 20.9. Crossley were the first British car company to offer a factory fitted car radio in 1933. Although the large cars would continue to be available, a range of small models fitted with Coventry Climax
Coventry Climax
Coventry Climax was a British forklift truck, fire pump, and speciality engine manufacturer.-History:The company was started in 1903 as Lee Stroyer, but two years later, following the departure of Stroyer, it was relocated to Paynes Lane, Coventry, and renamed to Coventry-Simplex by H...
engines was announced in 1931 but sales of the cars slowly declined and the last ones were made in 1937.

By the late 1920s the market for hand-made cars began to disappear and the company moved into the bus market and launched its first model, the Eagle single decker in 1928. Although some double deck bodies were fitted to the Eagle, the Condor launched in 1930 was the first chassis to be designed for double decker bodies. The Condor could also be ordered with a diesel engine, made by Gardner at first, and became the first British double deck bus to be offered with diesel power. The big selling pre-war bus was the Mancunian with first deliveries in 1933. This was available as both a double and single decker.

In addition to cars and buses the company also made goods and military vehicles. At first these were conversions of the car models but starting with the BGT1 in 1923 specialised chassis designs were produced. Two Crossley trucks based on the 25/30 car chassis were from 1924 to 1926 the first vehicles to be driven from Cape Town to Cairo by the Court Treatt expedition. A range of heavy goods vehicles starting with the 1931 diesel-powered 12-ton payload Atlas was announced but only a few were made as the factory was by then gearing up to concentrate on buses and military orders. From 1936 military production was rapidly ramped up with British re-armament at first with "IGL" models but from 1940 with a four-wheel drive
Four-wheel drive
Four-wheel drive, 4WD, or 4×4 is a four-wheeled vehicle with a drivetrain that allows all four wheels to receive torque from the engine simultaneously...
"FWD" chassis in both tractor unit and truck form. By 1945 over 10,000 FWDs had been made.

After the Second World War there was a boom in the bus industry as wartime losses needed to be replaced. Crossley won what was then the largest ever British export order for buses with a contract with the Dutch government. By the late 1940s bus orders were decreasing and it became clear that the company was too small to continue as an independent manufacturer and in 1948 they were sold to AEC
AEC (Associated Equipment Company)
AEC was a United Kingdom based vehicle manufacturer which built buses, motorcoaches and lorries from 1912 until 1979. The acronym stood for the Associated Equipment Company, but this name was hardly ever used; instead it traded under the AEC and ACLO brands.While famously associated with London's...
. The last Crossley chassis was made in 1952, but body production continued at Erwood Park until 1958.