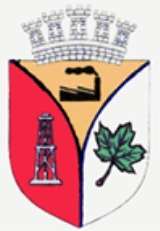 Encyclopedia
Copşa Mică is a town in Sibiu County
Sibiu County
Sibiu is a county of Romania, in the historical region Transylvania, with the capital city Sibiu.-Demographics:In 2002, it had a population of 421,724 and the population density was 78/km²....
, Transylvania
Transylvania
Transylvania is a historical region in the central part of Romania. Bounded on the east and south by the Carpathian mountain range, historical Transylvania extended in the west to the Apuseni Mountains; however, the term sometimes encompasses not only Transylvania proper, but also the historical...
, Romania
Romania
Romania is a country located at the crossroads of Central and Southeastern Europe, on the Lower Danube, within and outside the Carpathian arch, bordering on the Black Sea...
, located north of Sibiu
Sibiu
Sibiu is a city in Transylvania, Romania with a population of 154,548. Located some 282 km north-west of Bucharest, the city straddles the Cibin River, a tributary of the river Olt...
, 33 km east of Blaj
Blaj
Blaj is a city in Alba County, Transylvania, Romania. It has a population of 20,758 inhabitants.The landmark of the city is the fact that it was the principal religious and cultural center of the Romanian Greek-Catholic Church in Transylvania....
, and 12 km southwest of Mediaş
Medias
Mediaș is the second largest city in Sibiu County, Transylvania, Romania.-Geographic location:Mediaș is located in the middle basin of Târnava Mare River, at 39 km from Sighișoara and 41 km from Blaj. The health resort Bazna, officially recognized for the first time in 1302, is...
. According to the town's website, its population in 2000 was 5189, down 23% from its population in 1989
History of Romania since 1989
- 1989 revolution :1989 marked the fall of Communism in Eastern Europe. A mid-December protest in Timişoara against the eviction of a Hungarian minister grew into a country-wide protest against the Ceauşescu régime, sweeping the dictator from power....
, the year communism collapsed in Romania
Romanian Revolution of 1989
The Romanian Revolution of 1989 was a series of riots and clashes in December 1989. These were part of the Revolutions of 1989 that occurred in several Warsaw Pact countries...
.

The town is best known for its status (in the 1990s) as one of the most polluted
Air pollution
Air pollution is the introduction of chemicals, particulate matter, or biological materials that cause harm or discomfort to humans or other living organisms, or cause damage to the natural environment or built environment, into the atmosphere....
in Europe. This was due to the emissions of two factories in the area:

The Copşa Mică City Council (Consiliul Local Copșa Mică), elected in the 2008 local government elections, is made up of 15 councillors, with the following party composition: