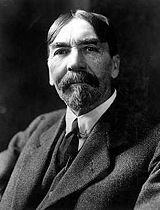 Overview
Conspicuous consumption is spending on goods and services acquired mainly for the purpose of displaying income or wealth. In the mind of a conspicuous consumer, such display serves as a means of attaining or maintaining social status
Social status
In sociology or anthropology, social status is the honor or prestige attached to one's position in society . It may also refer to a rank or position that one holds in a group, for example son or daughter, playmate, pupil, etc....
.