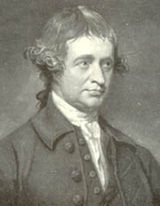 Overview
Conservatism is a political
Political philosophy
Political philosophy is the study of such topics as liberty, justice, property, rights, law, and the enforcement of a legal code by authority: what they are, why they are needed, what, if anything, makes a government legitimate, what rights and freedoms it should protect and why, what form it...
and social philosophy
Social philosophy
Social philosophy is the philosophical study of questions about social behavior . Social philosophy addresses a wide range of subjects, from individual meanings to legitimacy of laws, from the social contract to criteria for revolution, from the functions of everyday actions to the effects of...
that promotes the maintenance of traditional institutions and supports, at the most, minimal and gradual change in society. Some conservatives seek to preserve things as they are, emphasizing stability and continuity, while others oppose modernism
Modernism
Modernism, in its broadest definition, is modern thought, character, or practice. More specifically, the term describes the modernist movement, its set of cultural tendencies and array of associated cultural movements, originally arising from wide-scale and far-reaching changes to Western society...
and seek a return to the way things were. The first established use of the term in a political context was by François-René de Chateaubriand
François-René de Chateaubriand
François-René, vicomte de Chateaubriand was a French writer, politician, diplomat and historian. He is considered the founder of Romanticism in French literature.-Early life and exile:...
in 1819, following the French Revolution
French Revolution
The French Revolution , sometimes distinguished as the 'Great French Revolution' , was a period of radical social and political upheaval in France and Europe. The absolute monarchy that had ruled France for centuries collapsed in three years...
.

"I am a conservative to preserve all that is good in our constitution, a radical to remove all that is bad. I seek to preserve property and to respect order, and I equally decry the appeal to the passions of the many or the prejudices of the few."

The conservative hates all action against the order, the constitution, the laws, the moral, the liberty, the equality, the tolerance, the property, the security and the civilization.

Edmund Burke Reflection on the revolution of France

The perils of change are so great, the promise of the most hopeful theories is so often deceptive, that it is frequently the wiser part to uphold the existing state of things, if it can be done, even though, in point of argument, it should be utterly indefensible.

The use of Conservatism was to delay changes 'til they became harmless.

A general dissolution of principles and manners will more surely overthrow the liberties of America than the whole force of the common enemy. While the people are virtuous they cannot be subdued; but when once they lose their virtue then will be ready to surrender their liberties to the first external or internal invader.

Conservatives do not believe that political struggle is the most important thing in life...The simplest among them prefer fox-hunting&mdash;the wisest religion.