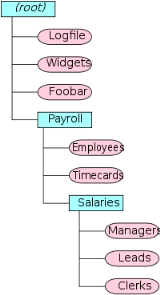 Overview
A computer file is a block of arbitrary information, or resource for storing information, which is available to a computer program
Computer program
A computer program is a sequence of instructions written to perform a specified task with a computer. A computer requires programs to function, typically executing the program's instructions in a central processor. The program has an executable form that the computer can use directly to execute...
and is usually based on some kind of durable storage
Computer storage
Computer data storage, often called storage or memory, refers to computer components and recording media that retain digital data. Data storage is one of the core functions and fundamental components of computers....
. A file is durable in the sense that it remains available for programs to use after the current program has finished. Computer files can be considered as the modern counterpart of paper document
Document
The term document has multiple meanings in ordinary language and in scholarship. WordNet 3.1. lists four meanings :* document, written document, papers...
s which traditionally are kept in offices' and libraries' files
Filing cabinet
A filing cabinet is a piece of office furniture usually used to store paper documents in file folders. In the most simple sense, it is an enclosure for drawers in which items are stored. The two most common forms of filing cabinets are blocky files and diagonal files...
, and this is the source of the term.
The word "file" was used publicly in the context of computer storage as early as February, 1950.

How can i build a flash drive?
More
x