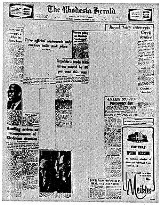 Overview
Censorship is the suppression of speech or other public communication which may be considered objectionable, harmful, sensitive, or inconvenient to the general body of people as determined by a government, media outlet, or other controlling body.
The rationale for censorship is different for various types of information censored:

"Assassination is the extreme form of censorship."

"Censorship ends in logical completeness when nobody is allowed to read any books except the books that nobody reads."

"Censorship reflects a society's lack of confidence in itself."

"The Internet treats censorship as a defect and routes around it."

"Don't join the book burners. Don't think you are going to conceal thoughts by concealing evidence that they ever existed."